'Bad Genius' IRL: Five Would-Be Teachers In India Use Bluetooth Slippers To Cheat During An Exam

Rojak Daily Team
OK, hands up: how many of you actually cheated - or attempted to cheat - during your schooling days?

While we would love to say that we are model students, we at Rojak Daily have to admit that we, umm, 'experimented' with cheating before.

However, a group of students from India went the extra length just to cheat in their examinations. 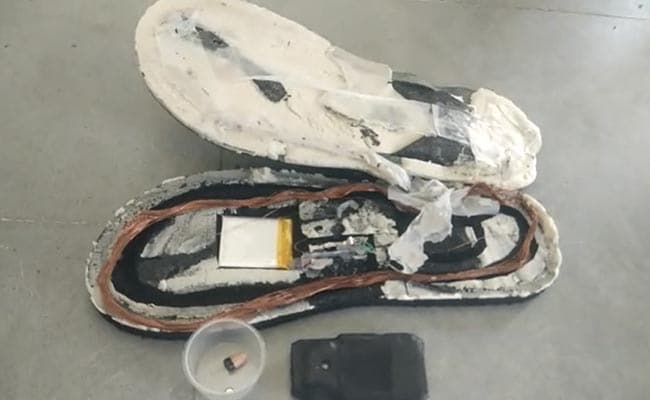 In a cheating scandal that would make the popular Thailand film 'Bad Genius' proud (you should watch it if you haven't already, by the way), five would-be teachers from Rajasthan, India decided to use technology to cheat in their examinations.

According to a report by NDTV, the candidates hid Bluetooth devices inside the sole of their slippers to excel in a series of highly-competitive examinations used to select teachers for government schools in Rajasthan.

The Rajasthan Police revealed that the well-executed cheating ring first came under the spotlight when an exam candidate was caught cheating during the Rajasthan Eligibility Examination for Teachers (REET).

Once the first member was caught, the police managed to catch the remaining four candidates, the news portal reported. The candidates are reportedly still being interrogated.

Rajasthan: A candidate who had come to write REET exam yesterday at a centre in Kishangarh, Ajmer was detained after bluetooth device was found fitted in his slippers

SP Ajmer says, "Bluetooth devices were found in his slippers & ears. He's being questioned after being detained" pic.twitter.com/mbJmJpV9F8

Police investigations later found that an entire gang was active in executing this cheating ring, and similar Bluetooth and mobile devices have been found in the Indian cities of Sikar and Bikaner.

According to the police, the slippers, known as chappal in India, were "cleverly manufactured" and especially made for cheating and they were sold to the candidates for as much as ₹ 2 lakh (RM11,068).

“The chappal is such it has an entire phone inside and a Bluetooth device. The candidate had a device inside his ear and someone from outside the exam hall was helping him cheat," police officer Ratan Lal Bhargav said in a statement quoted by NDTV.

But hey, like the age-old saying goes, "Clever clever squirrel jump, one day fall to the ground also".