A cheapskate reviews a RM5000 phone

Marcus Lee
The first iPhone I bought was a secondhand iPhone 4 for about RM800. It was, at the time, the most expensive phone I had ever owned.

As a staunch Windows user, going the way of the fruit was weird. Naturally, I jailbroke the phone immediately and tried installing games on it.

Overtime, the phone naturally started to deteriorate due to the buggy software and I did a factory reset. From then on I fought my natural instincts and started using it the way it should be used.

Once I got it, when I understood the walls within iOS and the experience the phone was trying to deliver, I found an OS to love and a purposefully designed machine that just worked.

Since then I’ve only changed phones three times: once for the iPhone 5 at a media discount (thank you Maxis), then the iPhone SE (with company benefits), then iPhone 11. The iPhone 11 I bought for RM3,599, was the most expensive gadget I’ve ever bought (till my MacBook Pro 2020, but more on that another time).

I took out a 3-year instalment on that phone and just finished paying it off. All this to say, I try to spend as little as possible on phones and am not the kind to go all out if I can. So when the iPhone 14 Pro arrived at the office, all RM5,299 of raw power, I admit I was very overwhelmed.

So, this isn’t a review of the iPhone 14 Pro, it’s the experience of someone going Pro for the first time. Going from the absolute minimum of a phone to the unadulterated force of a Pro model is a definite game-changer.

I can understand why many people fork out the extra moolah to go Pro now, even if I secretly judge people who buy it and don’t utilise its features to the fullest.

In my feature on the iPhone 14 Plus, I opined that what Apple sells is not features, it’s sex appeal. And the Pro line personifies it.

From the stainless steel finish, to that bulbous camera bump, and that exclusive notch masquerading as a pill, when you purchase an iPhone Pro model, you’re always purchasing sex appeal.

There’s always just enough to differentiate the phone in your hand from last year's model while simultaneously signalling to those around you that yes, this is the latest and greatest iPhone.

Besides its appeal as a status symbol, the Pro line enables “Pros” to also do a lot. For someone like me who uses the camera for 50% of my work, these Pro features are welcome and it’s here that going Pro has made the biggest difference.

I never bring my camera out anymore

I have an ancient Sony RX100 III that I use as my main shooter. It’s awesome, light weight and takes great pictures. It’s also slow to boot up, difficult to get pictures out of, and not as quick to shoot photos with (compared to the iPhone). After using the iPhone camera for events, I’ve completely stopped taking my camera out. These photos or videos that we take aren’t going to win any awards but the camera simply works.

It streamlines my workflow to one device and I can get away with shooting, editing, and posting a video immediately. If you’re the pixel peeping type, there is a huge difference between a 48MP crop and 12MP crop. But even for someone like me who uses his phone for his job, I don’t really get a lot of use out of shooting in 48MP.

It’s good to have if I plan on cropping an image in the future, but 90% of the time, I’d rather save space on my phone. I love the natural depth of field you get from the camera as well. There’s an ineffable quality to the photos and videos taken on the main camera that can’t be expressed. I just know that I like it more than other cameras and I know that I need to pay top dollar for good quality lenses on mirrorless cameras to have a shot at recreating the look and feel that the Pro camera gets.

The front camera on the other hand is there and it works.

One thing I’d like to mention though is that shooting at 4K 60fps for long periods heats up the phone fast. I shot this video in 4K 60fps and after 10 minutes, I could feel the heat emanating from the thick leather cover of the phone.

After looking at comments online, it’s normal to expect the heat, but in my mind, Pro means it’s meant for Pro users who are Pro-ing around using the full Pro functions. So if I’m shooting 4K on the regular, should I still expect my Pro device to heat up?

The battery also went down about 20% in that 30-minute window of work which I feel is a lot and maybe not something I would have expected in a Pro device. Again, I looked online and it’s the same experience across the board for any other brand of phone.

The Dynamic Island is cool, but that’s it 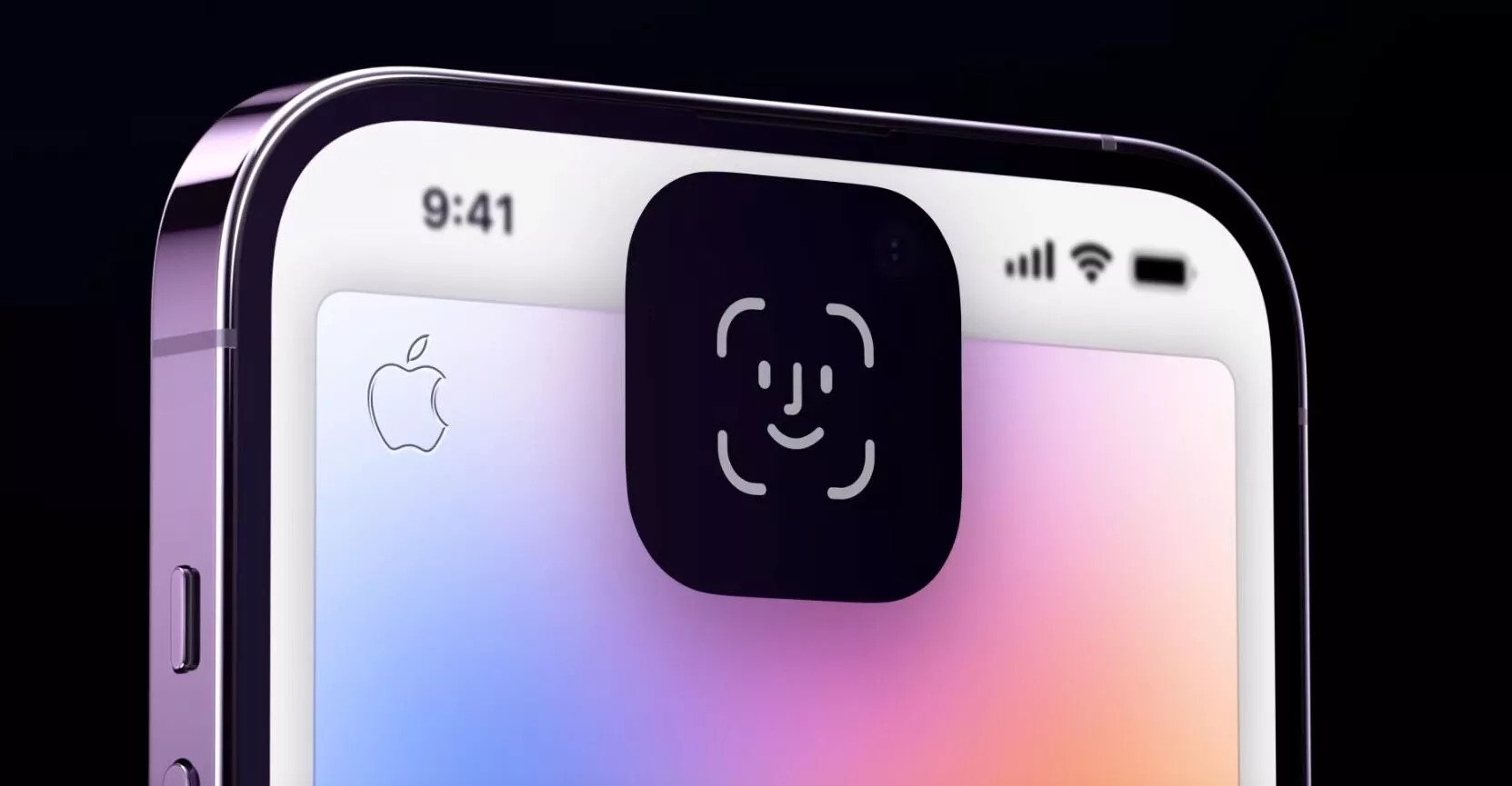 The pill defined this iPhone and plenty of thought was put into it. I love its tiny little gestures like how it shakes when it fails to load or how it expands to show you the Face ID icon.

“Parking” two active apps in the Dynamic Island is also nice as it functions as a shortcut to access both (like Waze and Spotify).

All in, it’s more of a visual cue and a promise of something in the future, but as it stands, it feels more like a fancy notification provider rather than a revolutionising bit of real estate on your phone.

It’s nice to have, it’s an improvement over the other iPhones, but it’s not one that’s absolutely necessary right now.

The 120Hz display and Always-On display

Always-On was the second most conspicuous differentiator for the Pro model next to the Dynamic Island and sadly, I can’t praise its introduction.

Testing it over 2 months there’s a significant increase in battery consumption with Always-On and its benefits don’t outweigh the battery cost.

I hide all my notifications until the phone is unlocked anyway, so in my use case, having glanceable notifications doesn’t help. Why would I want people to read my WhatsApp messages anyway?

During bedtime the screen is supposed to be smart enough to turn off when the surroundings are dark—like when you’ve put the phone face down or put it in your pocket, but in practice, it doesn’t.

Even flipping the phone down on my bed with the lights off doesn’t turn the screen off most of the time.

According to Apple support, it should turn off when it detects my Apple Watch (and I) are away from the phone, but again, I tried it and the screen remains on.

I suspect Always-On can be tweaked with a software update, but till then, it’s not something I’ll be using. It’s just… too bright. It makes sense on the Apple Watch, but on the phone, I’d rather save on battery.

The 120Hz ProMotion display on the other hand, I love with a burning passion. ProMotion is the only motion for me.

Then again, as a casual user who happened into the Pro life, the higher refresh rate is a nice-to-have. It helps me enjoy my 60fps videos better and enjoy content on YouTube better, but that’s about it.

That said, the jump is jarring, like going from a Proton Saga your whole life to a Mercedes AMG. You just can’t get the experience out of your mind. Night photography continues to impress. The photo on the left was taken at ISO2500 and there's barely any noise

Apple says it does something but I can’t tell. So I won’t comment.

Crash Detection works, probably. Since I’ve not been in any car crashes recently, I can only pray it works. That said, it did save lives recently so it’s a good-to-have for anyone.

Action Mode comes in the new 14 line and turning it on just makes it difficult for me to take videos of my children running around.

The time I really need to use this feature is indoors while my kids are up to some mischief, but I always get the “More light required” error.

Outside, I’ve tried running with it and yes, it works as advertised. That said, the video output is a lower quality than what you can get with Action Mode turned off. It’s not a replacement for a GoPro, but it’s a good-to-have again for Pro users.

The maximum output is 2.8K at ProRes, but is that enough for commercial work of actual creatives in the field? I don’t know about that.

For the average joe, it’s more than enough and it saves you the cost of one gimbal.

That said, the feature has been turned off for the majority of my time with it outside of for testing purposes. Maybe I just need to live a life worth turning it on for. But I don’t.

What is it like to live the Pro life?

You feel like the machine in your pocket is enough for the tasks you need it to do.

I don’t feel the need to bring out my laptop to video edit, I don’t have a need for a tripod to shoot photos at night or to shoot videos, and I don’t see the need for a separate camera either, anymore.

I also don’t ever need a power bank anymore which is almost reason enough to upgrade to the Pro.

It’s good for heavy photo and video work and you just trust that the images come out great. The bigger sensor is worth the price of admission and has elevated my workflow for the better.

As a notorious cheapskate, I still don’t see how people justify the price of buying the Pro models for the camera or features alone though.

There’s a reason why the iPhone Pro looks the way it does and differentiates itself as much as it does and that’s exclusivity.

The iPhone Pro models sits in the enviable position between consumer product and luxury goods. Even if you don’t need its features, you’ll still spend the money to enjoy the social points that come with owning a Pro model.

As an iPhone fan and non-Pro user for the past 12 years, I can unequivocally say that going Pro is definitely worth it.

Our phones have become such an all-encompassing part of our day and if you can swing it, the Pro line is the way to go.

As an overall package, it gives you excessive firepower to be creative and setting your phone on the table face down communicates what phone you own immediately.