As a super inflexible person that can’t even touch their toes, one look at David Kam’s complex yoga poses on his Instagram page fills this writer with envy. As a yoga and movement teacher that accepts about 10,000 students a year, pulling off such poses must come as easily as breathing to the 30-year-old.

Yet that is just one of the many hats that the multitalented Kelantan-born yoga master wears, along with being a lululemon ambassador, lecturer, running two non-profits that advocate for the East and Southeast Asia (ESEA) communities, and more. Currently based in London, we spoke to David to find out more about his work. David had no idea he’d go on to study, let alone lecture at Trinity Laban Conservatoire of Music and Dance, one of the top institutions in the UK for performing arts. He specialises in choreological studies.

As a child, David was far from athletic but discovered a love for expressive movement at the age of 11 when he was introduced to Chinese drums. His teachers were members of the HANDS Percussion group, which remains an active performing arts company to this day.

David shared, “I've learned to appreciate athleticism in a way that I never thought I could with my body because with Chinese drums, you must be both rhythmic and musical. To play the drums, you have to be able to move skilfully around, between, and at times on top of the drums, which lent to my fascination with movement.”

David credits his high school, Cempaka Schools to have nurtured his passion for movement and the arts, particularly through their annual and critically-acclaimed high school musical productions. His interest only deepened as he moved to Sheffield, England when he was 17 to pursue a degree in Architecture.

Encouraged by his dance teacher to pursue dance professionally, he decided to take a master's degree in dance upon graduating in architecture. He said, “I’m so glad I listened to the ‘What If’ in my mind because it turned out to be the best decision that I’ve made in life so far.” As the youngest of four sons and a self-professed Mama’s Boy, he initially dabbled in yoga just before he left Malaysia to spend more quality time with his mum. This was simply by chance upon seeing a billboard of a new yoga studio opening outside his home in Cheras.

As he entered the dance industry at what is considered to be a late age, his teachers told him to take up yoga to supplement his dance training and minimise risks of injury. 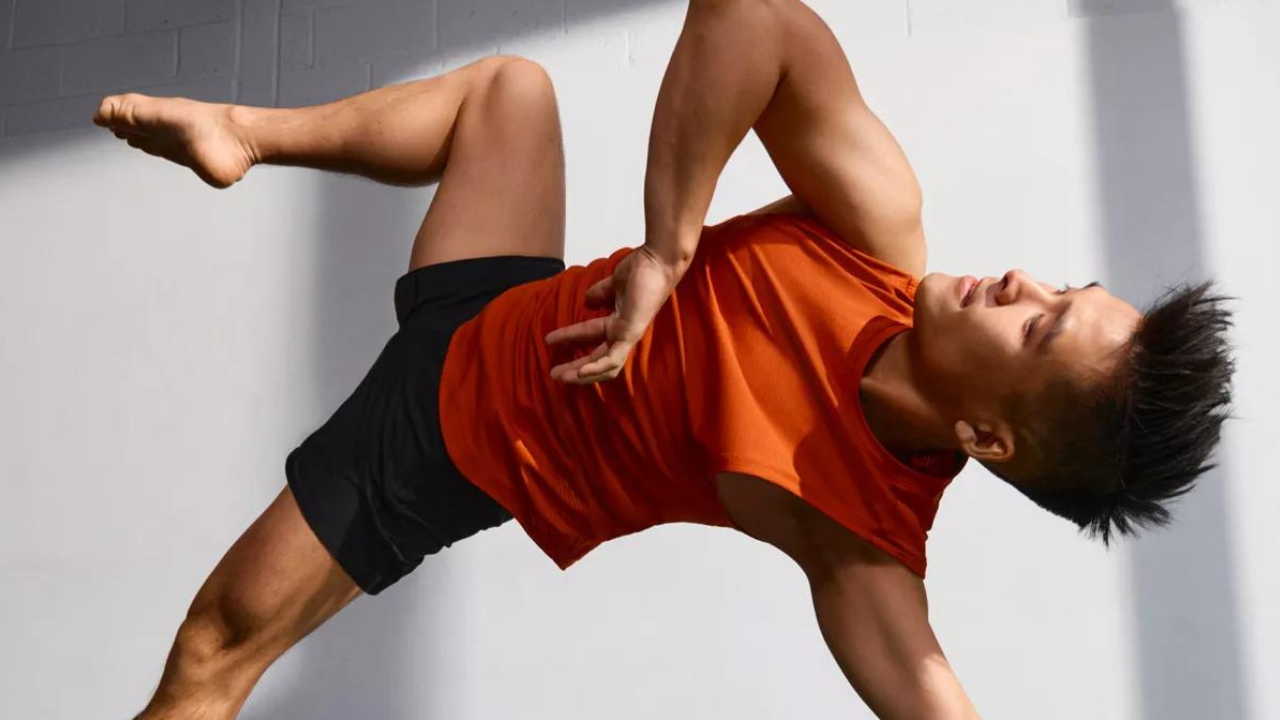 He didn’t intend to go into teaching but whilst on tour as a company dancer, he started teaching yoga to his colleagues so they could stay fit and injury-free between performances. Since then, he started offering public classes across top London studios to great feedback.

He now teaches approximately 10,000 students a year in the form of studio classes, festivals, retreats, lectures, private and corporate sessions.

David may be known for the way he playfully weaves dance into his challenging yoga classes, but he attributes the high volume of people joining his classes to the fact that they offer people the chance to celebrate joy, freedom, and connection whilst making new friends along the way.

Being a lululemon ambassador

You can usually spot ‘tai tai’ –– which refers to a wealthy married woman who does not work –– around KL wearing lululemon yoga pants, which is a high-end activewear brand. 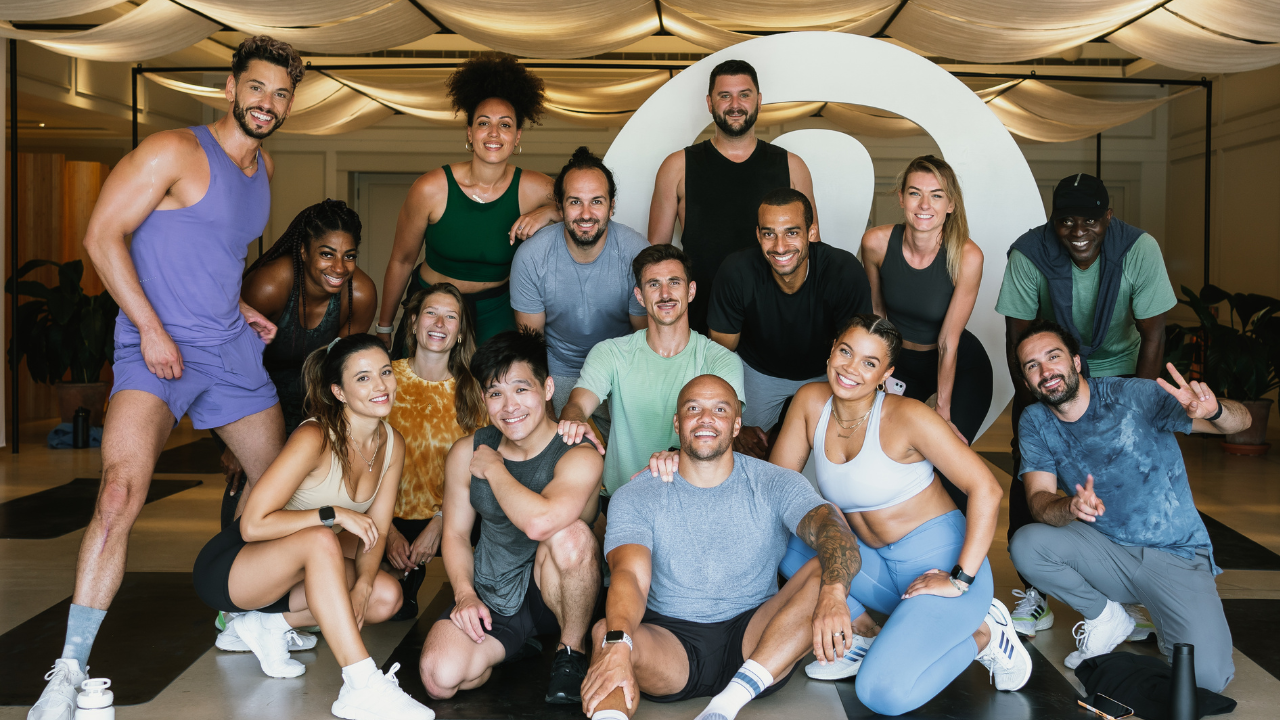 Seven years ago, across the pond, David joined lululemon’s free community classes as a student when he didn’t have much money. The classes were run in-store on Sunday mornings before stores opened and spaces were cleared for participants to do yoga.

These yoga classes would turn out to be fortuitous for David as he is now one of their ambassadors.

Whilst queuing for one of these classes, he spoke to a father who had no clue what yoga was but was delighted he could do it with his family for free –– an encounter that he kept to heart.

David continued, “When I graduated as a yoga teacher, I came back to teach these sessions at lululemon as a way to remember why I teach in the first place, which was to foster connection amongst others in the same way I bonded with my mum.

“I started teaching across lululemon stores in the UK, and eventually in stores all over the world where I got to meet different local communities and be immersed in their various cultures.” He now represents lululemon by attending or teaching at key wellness events and festivals and is often featured in their regional and global campaigns that share empowering messages about yoga and movement.

David believes that Yoga is not just about what you do on the mat. It’s more about what you do off the mat. This is why he started working with underprivileged communities, in particular the East and South East Asian (ESEA) communities through his two non-profits kindredpacket and besea.n, which stands for Britain’s East and South East Asian Network. 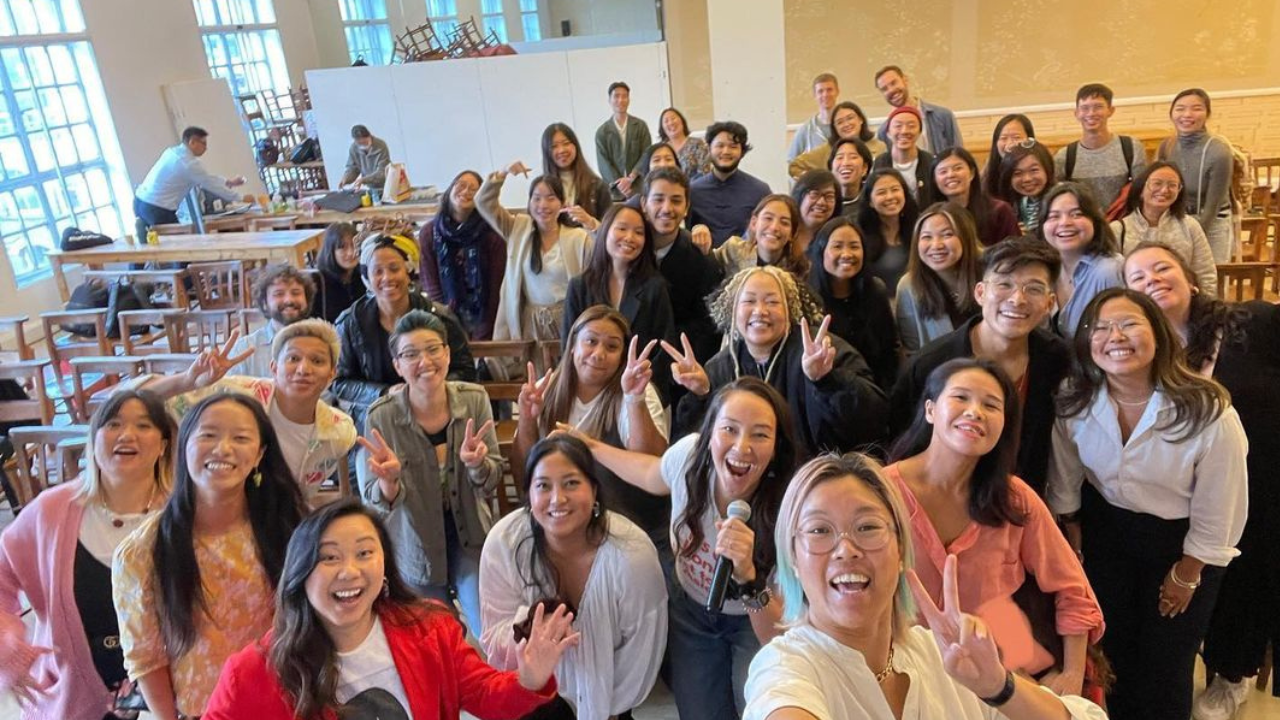 He founded kindredpacket to navigate homesickness when the lockdowns first started out in the UK, close to the Chinese New Year (CNY) season.

He organised an online yoga class so that the Asians in his community could find a sense of home away from home.

Along this process, he realised that while he didn’t have the choice to visit his family that year, some people do not even have a home or family to return to.

David then started a fundraiser which inspired over 50 community-led online events from what was initially one intimate gathering during the entire 15 days of CNY. Together, they have raised £7000 or approximately RM38,000 for 13 ESEA charities across the world.

At present, kindredpacket is working on celebrating Asian joy through culturally-sensitive practices of well-being such as integrating elements of culture-specific music and food as a common language of love. besea.n, another non-profit that he is active in, was started by six women who banded together during the pandemic to address the overrepresentation of Asians in coronavirus-related media and the subsequent spike in hate crimes against people with ESEA appearance.

David recalls, “Whenever I am out on the streets during the early stages of the pandemic, I remembered feeling very conscious of sniffling or coughing even when I tested negative.”

“No one dared to sit beside me in a spacious four-seater on the train. My friends have been spat on and cursed at, and Asian-owned stores were vandalised. I felt like I had to live with a lot of anxiety worrying for my Asian family and friends because I never know when someone might get attacked.”

He continued, “Through my non-profit work, I've learned not to live in fear, but to reclaim the narrative of my identity. I have learnt to recognise the joys of being a part of the Asian community by celebrating our talent, and our excellence.

“Even having a space like Rojak Daily to share my story offers the Asian community the chance to see that we have happy stories associated with us too, not just hate crimes”.

David joined besea.n as part of their core team in their second year. They most recently organised the UK’s second-ever ESEA Heritage Month, consisting 80 events across the nation including a digital storytelling exhibition that focuses on ESEA experiences of parenthood and a live concert featuring up-and-coming ESEA musicians.

When asked what most Malaysians are unaware of, he shared, “The grass on the other side is rarely ever greener. With new places come a different set of challenges. That being said, there is always joy and beauty around if we gift ourselves a moment to appreciate them.

As we have seen with Black Lives Matter, there are times when we really need to stand up and advocate for social injustice. “I've seen similar movements in Malaysia which are really encouraging, but we need to acknowledge that change takes a long time and instantaneous results are very rare. Joy is what truly sustains activism so that we can continue advocating in the long run.”

People like David Kam really make us realise that as an individual, we can accomplish so much if we just put our minds to it!