RD Minion
Ask any four-year-old how they would love to spend their birthdays and they would usually tell you that they want a fun birthday party filled with a tonne of birthday presents.

However, a four-year-old boy from Selangor has raised the bar by forgoing the fun stuff and instead, opted to help the needy instead.

Such a sweet boy

According to a report by Malay Mail, Jarrett Ho was 'challenged' by his kindergarten, The Mustard Seed School in Puchong, to think of a way to help those in need during these trying times in an assignment called 'Fifty for the Needy'.

So, adorable little Jarrett decided to make his favourite peanut butter and chocolate sandwich for the needy, on his birthday (18 July) nontheless.

His efforts made his parents proud.

"We couldn’t be more proud of Jarrett for embarking on such a selfless act. We were prepared to buy him toys as we usually do but he insisted that this was how he wanted to spend his birthday," Jarrett's mom, Tan Chin Yi, was quoted as saying. 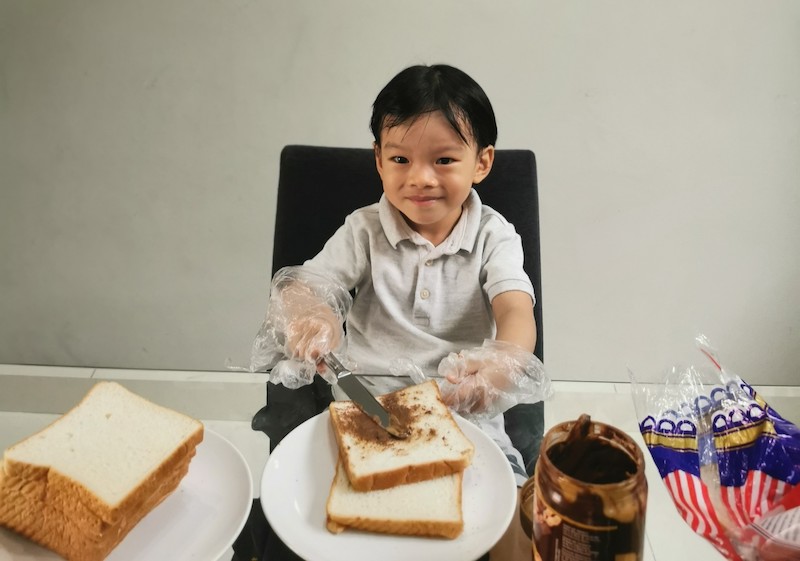 According to Chin Yi, Jarrett and his seven-year-old sister, Maya, managed to make 50 sandwiches and packed them into containers for the needy.

On top of that, Jarrett also drew up a poster to collect donations on Facebook and WhatsApp, from which he managed to raise RM2,300 through 54 donors.

How awesome is that? 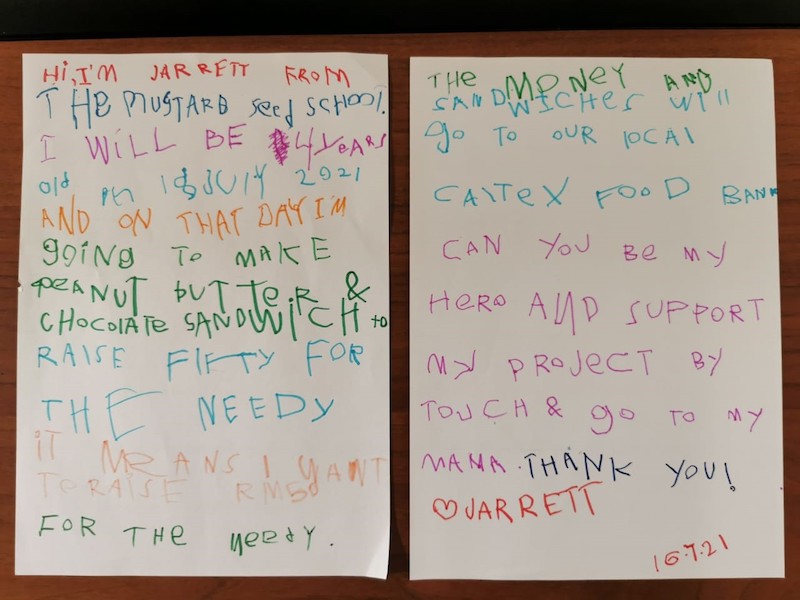 The money was channeled to Caltex Setia Alam food bank and the sandwiches were also placed on the shelves of the food bank.

"I am very happy that I got to spend my birthday sharing my favourite sandwich with the needy, I hope this brightens up their day," cute little Jarrett was quoted as saying.

Aww, bless his kind little soul! We hope there are more adults like you, Jarrett.
#Viral#Malaysia#Viral#Social Media#Malaysia#Viral#social media#charity#needy