Not On My Watch: Dr M Bans Sale Of 'Luxury Watch' Bearing His Signature

Not On My Watch: Dr M Bans Sale Of 'Luxury Watch' Bearing His Signature

RD Minion
Have you seen ads for a luxury watch brand engraved with the signature of Prime Minister Tun Dr Mahathir Mohamad on your Facebook feed and wished you could own one?

You’d be better off not buying one because Dr Mahathir had never endorsed such a product!

In other words, the watches are fake.

Not approved by Tun The Star Online reported that dozens of people have put in an order for the watch engraved with Dr M's signature, said to cost tens of thousands of ringgit.

However, the sale was ordered to be stopped immediately after Dr M himself was alerted about it.

An aide to the prime minister said Dr M had never endorsed the watch with his signature on it to be sold to civil servants.

The matter came to light after The Star Online spotted a brochure with an order form for the watch online. 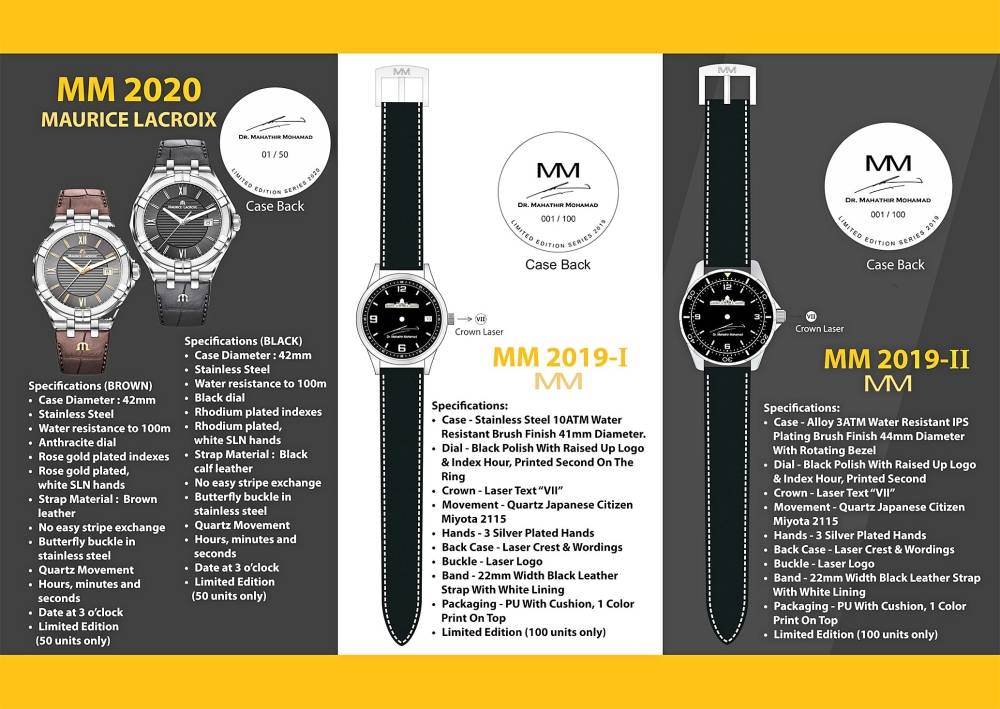 Further checks by The Star Online revealed that the contact person in the brochure said they had stopped taking orders for the watch due to ‘technical reasons’. However, the person did mention that they will have another watch on offer in the future.

Maybe this time, don't include any signatures and maybe, make a real watch?
#Malaysia#Shopping#Fake#Malaysia#crime#shopping#fake