Gempak Spot
If there's an award for the best hide and seek champion ever, this deer species would definitely win it.

A miniature deer species, which was originally feared to be extinct due to hunting activities in the 1990s, has reportedly been rediscovered in Vietnam, The Telegraph UK reported.

A team from the Global Wildlife Conservation (GWC) reportedly captured images of the animal in the wild. The silver-backed chevrotain, which is also known as the Vietnamese "mouse-deer", has a silver sheen and is small enough to be held in one hand, just like a cat.

The last scientifically validated sighting of the very rare species was in 1990, when a hunter killed one and donated the specimen to scientists.

GWC associate conservation scientist and the expedition's team leader, An Nguyen, told the news reporter that he was surprised and overjoyed when the camera traps recorded photographs of a chevrotain with silver flanks.

"For so long this species has seemingly only existed as part of our imagination.

"Discovering that it is, indeed, still out there, is the first step in ensuring we don't lose it again, and we're moving quickly now to figure out how best to protect it," Nguyen was quoted as saying.

According to the report, the team set up three camera traps for five months, resulting in 275 photos of the species.

The team then set up another 29 cameras in the same area in southern Vietnam, this time recording 1,881 photographs of the chevrotain over a period of five months. 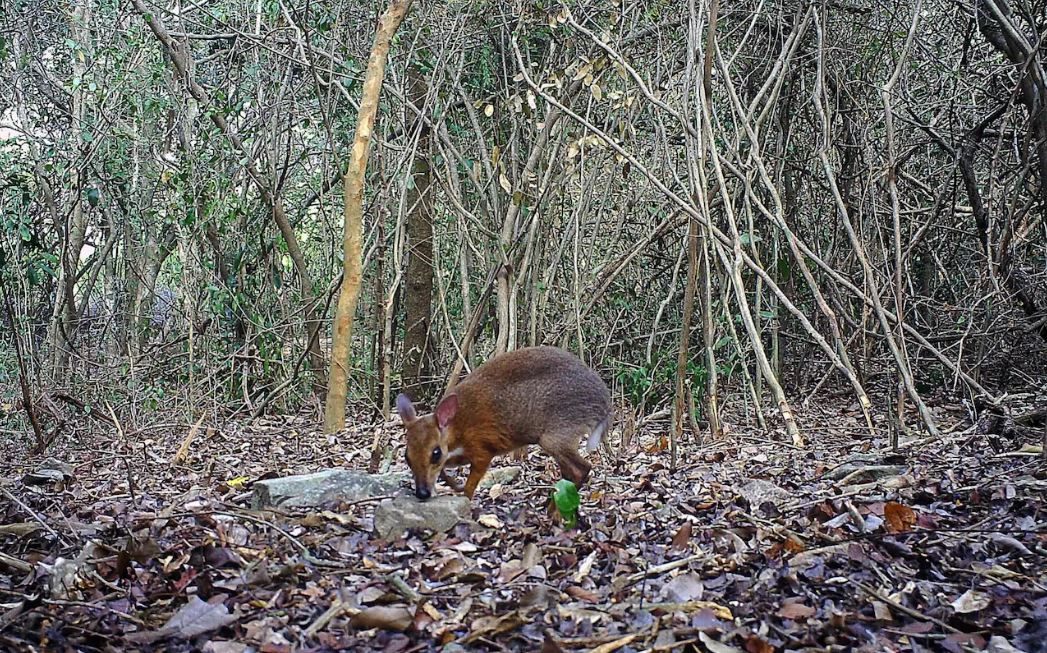 The report, however, threw doubts over the repeat sightings, as scientists are now unable to validate for the certain the number of silver-backed chevrotains areas left.

Still, the rediscovery of the species is still something special, as it is the first mammal to be rediscovered on the GWC's list of top 25 most wanted lost species.