#GempakSpot: Seven Books Written By Malaysian Authors You Should Get Your Hands On

#GempakSpot: Seven Books Written By Malaysian Authors You Should Get Your Hands On

Gempak Spot
There are so many good books out there, it is impossible to read them all.

We totally understand the dilemma of having many stacks of “to be read” (TBR) books at home and still eyeing books that you saw somewhere, or those a friend suggested.

Well, we’d like to say that we’re here to help you reduce your ‘TBR’ list but we haven’t discovered the secret to not greedily buy new books yet, sorry.

However, we are here to add to your TBR list because, let’s face it, you ain’t gonna stop buying new books just because we say so.

Plus, the books that we’re suggesting in this article are written by Malaysians and who will support our local talents if not us?

It is also refreshing to read about places and characters that are much closer to our daily lives, so there’s that. If you don’t, you should go to the nearest bookstore and get a copy of his graphic novel the first chance you get!

His depiction of the kampung life is so Malaysian, you’d either be reminded of the happy times you spent in your own kampung, or yearn for the experience if you’re one of the not-so-fortunate ones who never got to experience the village life.

The books also make great presents for your foreign friends you meet during your travels or those who are visiting Malaysia. 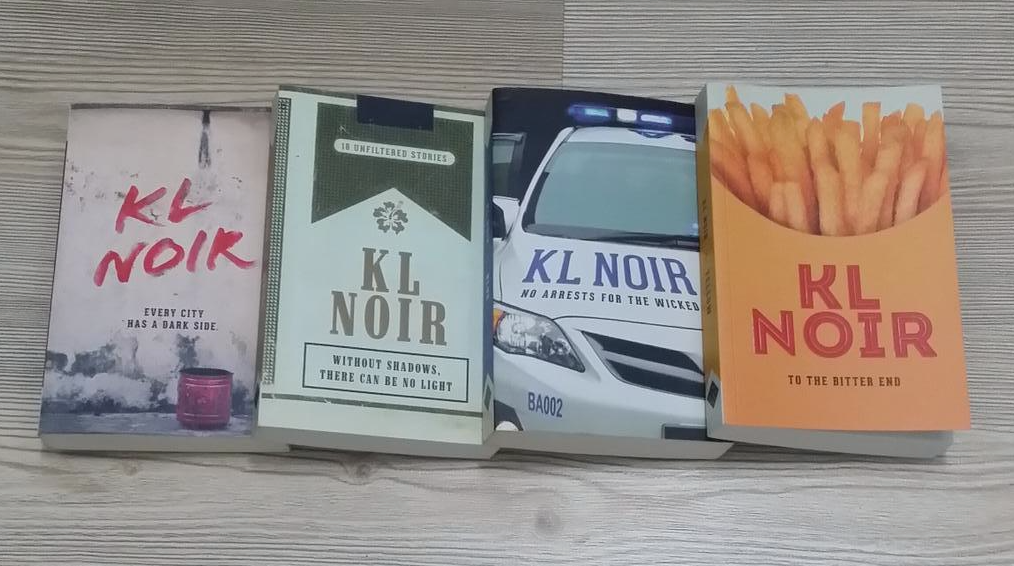 There are four volumes of 'KL Noir', a collection of short stories set in Kuala Lumpur.

If you like dark and gritty stories, this is for you. It explores the dark side of the city and touches topics such as murders, drugs, disturbing sexual preferences including pedophilia, suicide and more.

It is not everyone's cup of tea, that's for sure.

The book is edited by Amir Muhammad, with the stories and essays featured being contributed by many local authors trying their hand at publishing their work. One of the most talked about books this year, Hanna Alkaf’s debut young adult novel touches on topics that aren’t often spoken about - the 13 May incident and mental health issues.

You’d think that combining two heavy topics will make the book a hard read, but it isn’t that hard to swallow because of the way the story is narrated.

It is a good first attempt at a novel despite the characters seeming to be younger than what they are supposed to be and some minor plot holes. This novel revolves around Lakshimi, a Sri Lankan who is married off to Ayah at the tender age of 14 with the promise of a better life in Malaysia.

Ayah was supposed to be a rich man, but upon reaching the country, Lakshimi learnt that that was far from the truth.

She ends up becoming a mother to six children, go through the horrors of war and even the Japanese occupation.

Her life and how it affects those around her is the center of the story, together with some pretty heavy topics such as immigration, broken dreams and scars that shapes us. Set in the fictional small town of Lubok Sayong, the story revolves around the town’s residents and people connected to the town.

Like many small towns, there’s nothing special to this particular town, but the people go on with their lives and have their own issues to deal with.

“Puts its finger on the pulse of Malaysian politics and social issues in a lighthearted way. For sure one of the finest Malaysian novels and a must-read for anyone interested in local literature,” Sarah Bakar mentions on Goodreads.

#6 'Map of the Invisible World' For the record, Tash Aw has written three other books since and one before, and all of them are worth reading. We just decided to pick this one for this list.

The story revolves around brothers Adam and Johan, who were separated after the abandonment of their mother, when the latter were adopted by a wealthy family in Malaysia.

Adam remains in Indonesia amid the political turmoil during the 1960s and loses his Dutch guardian Karl as well, whom he goes in search of.

There are also parts of the story that revolves around the political issues during the time and several characters tied to it, but somehow that part of the story didn’t quite impact us the way the psychological effect of being separated had on the brothers.

More than the plot, what we liked about the book is how beautifully it is written, as well as the way the places and time were described.

#7 'The Garden of Evening Mists' Arimoto is no ordinary landscaper but one who once worked for the Japanese Emperor.

Yun Ling, meanwhile, was a prisoner in a Japanese concentration camp and loses her sister there. To honour her sister, she decides to build her sister’s dream Japanese Garden and goes in search of Arimoto to help her with the garden.

Despite her animosity towards the Japanese due to the horrible treatment she and her sister faced in the hands of soldiers, she works for grumpy Aritomo.

They eventually fall in love but there is no happy ending. The book will definitely move some to tears.

If you're interested to know how the story of 'The Garden of Evening Mists' develops, a movie version is set to hit Malaysian cinemas in January 2020. The movie has received critical acclaim when it premiered overseas, so much so that it received nine nominations at the recently concluded 56th Golden Horse Award in Taipei, winning two (Best Makeup and Best Costume).

In fact, 'The Garden of Evening Mists' finished second out of 150 films in the ‘Audience Choice’ category.


PS: We've seen the movie, and we think that it is a definite must-watch.

Remember to mark your calendar for when 'The Garden Of Evening Mists' hits cinemas nationwide in January.