BMW’s i division has two models in its stable; the i3 and i8 PHEV. Both are cool but lack the practicality of a traditional three-box sedan and that’s precisely what Munich is addressing with the upcoming third model under the sub-brand; the i4 sedan, with the potential to give the M3 some sleepless nights come 2021.

The first electric sedan for the company will reportedly have up to 530hp, which could prove to be a bit of a pickle for the upcoming M3. CNET’s Roadshow has put it in stone that at least one variant of the i4 variants will pack 530hp and a range of 600km (as measured on the European cycle). Seriously impressive, but it gets better.

The i4 will also hit 100kph in four seconds flat. That’s spitting distance to the current M3 and it’s left to be seen if the bean-counters in Munich will let the i4 overshadow the upcoming M3. Physically, the i4 will resemble the i Vision Dynamics concept that debuted in 2017. That means Hofmeister kinks for everyone as the concept houses a pair on each door.

Under the i4’s skin will be BMW’s new fifth-generation batteries capable of an 85 per cent charge in just 35 minutes. Roadshow speculates the i4 will run on two batteries to be able to hit the 390kW that makes the aforementioned 530hp. 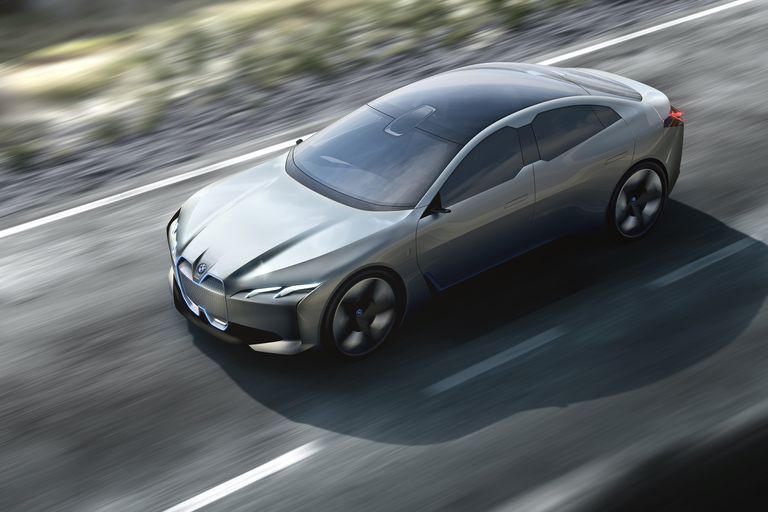 Two batteries imply a dual-motor layout so expect all-wheel drive, an optional extra on the upcoming M3 and a first for the sports sedan.

The i4 is a much-needed shot of practicality in i’s arm as the i3 and i8 are very much niche vehicles. Tesla is beginning to eat into the pie of mainstream automakers while Audi and Mercedes-Benz have already made a firm foothold in the pure electric segment.

BMW is firmly committed to flexible architecture that accommodates electric, hybrid or internal combustion but on the pure electric front, it needed a serious player to keep pace and the i4 looks set to take charge of that position.