[REVIEW] How On Earth Did Watching 'Spider-Man: No Way Home' Make Us Cry So Much?

It's more than just a superhero movie.

Nicholas Chow
We know what you're thinking, 'Isn't 'Spider-Man: No Way Home' a superhero movie? What do you mean you cried?'.

We'll just get this out of the way: 'No Way Home' is an emotional rollercoaster.

We'll get to that in a bit, but this is what you need to know before you catch it in the cinemas: 'Spider-Man: No Way Home' picks up where 'Far From Home' left off, which means that after J. Jonah Jameson (J.K. Simmons) exposed Spider-Man's real identity, Peter Parker (Tom Holland) and those closest to him will now have to live with the fame and the scrutiny of being the 'world's most famous person'.


When things get a little bit too much, Peter seeked out Doctor Strange (Benedict Cumberbatch) for help, asking him to cast a spell that would make the world forget that he's Spider-Man. Of course, as we've seen countless times before, things didn't work out as planned, as soon enough, villains from different dimensions started popping up in New York.

Still coming to grips with his newfound fame, it is now up to Peter to save the Multiverse and send them back to where they belong.

So, with that out of the way, let us tell you why 'Spider-Man: No Way Home' is probably the msot emotional Marvel Cinematic Universe (MCU) movie we've ever watched with our spoiler-free review below: 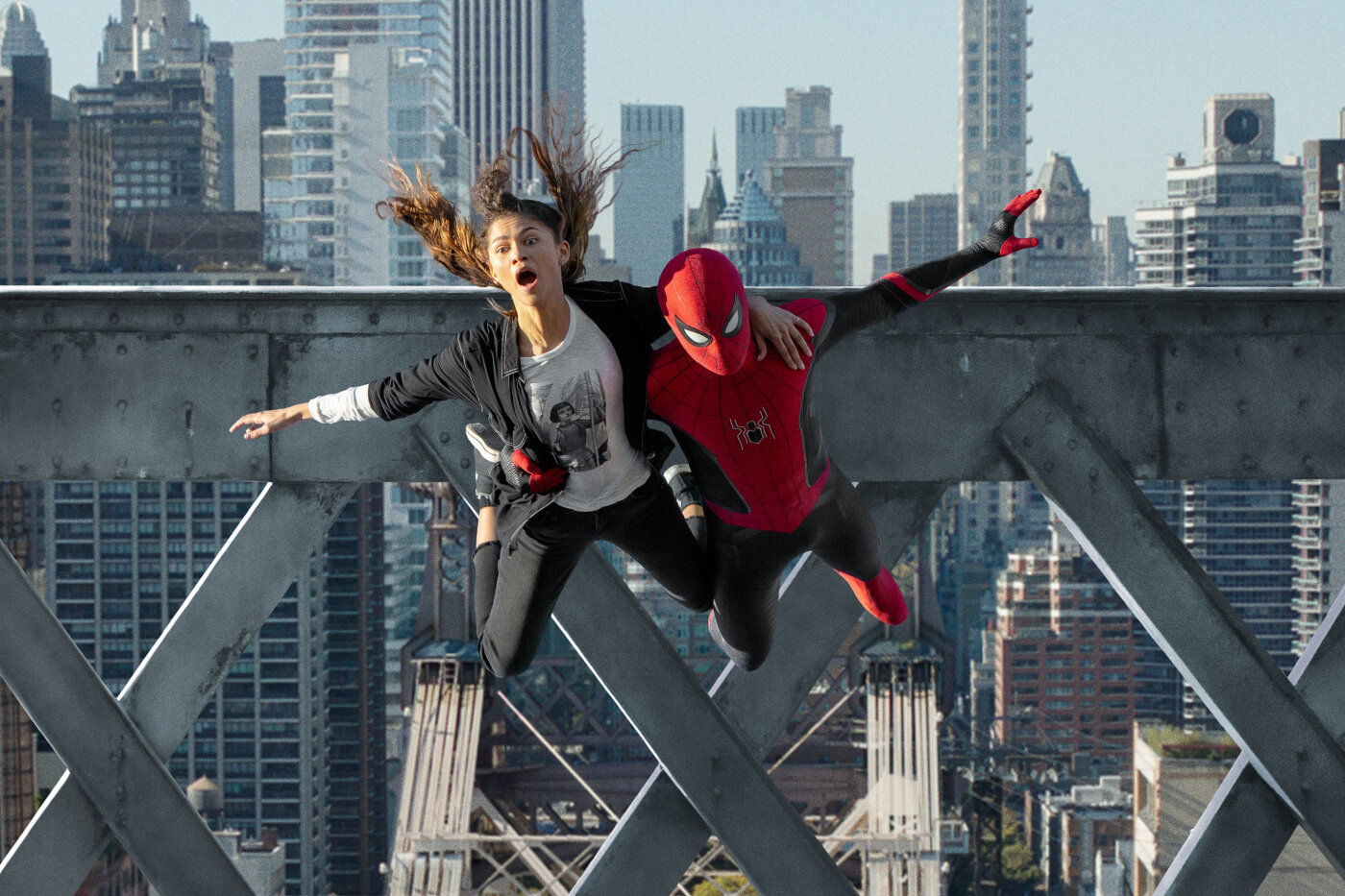 The first two Holland-led 'Spider-Man' movies, 'Homecoming' and 'Far From Home', had a cheerful, fun tone to it that plays to the whole 'your friendly neighbourhood Spider-Man' theme. The seriousness and dark tone of 'No Way Home', however, was set right from the get-go.

'No Way Home' picks up immediately where 'Far From Home' left off, as both Peter Parker and MJ (Zendaya) were forced to go on a run after J. Jonah Jameson accuses Spidey of killing Mysterio (Jake Gyllenhaal) and exposing his true identity. With only a few minutes to decide what he needs to do, the opening scenes set a frantic pace to the entire movie, before it gets progressively darker later on in the movie.

Of course, being a Marvel movie, great CGI and breathtaking fight scenes are a given, but what we didn't expect from this movie was just how emotional it would be. There will be scenes that will tug at your heartstrings. 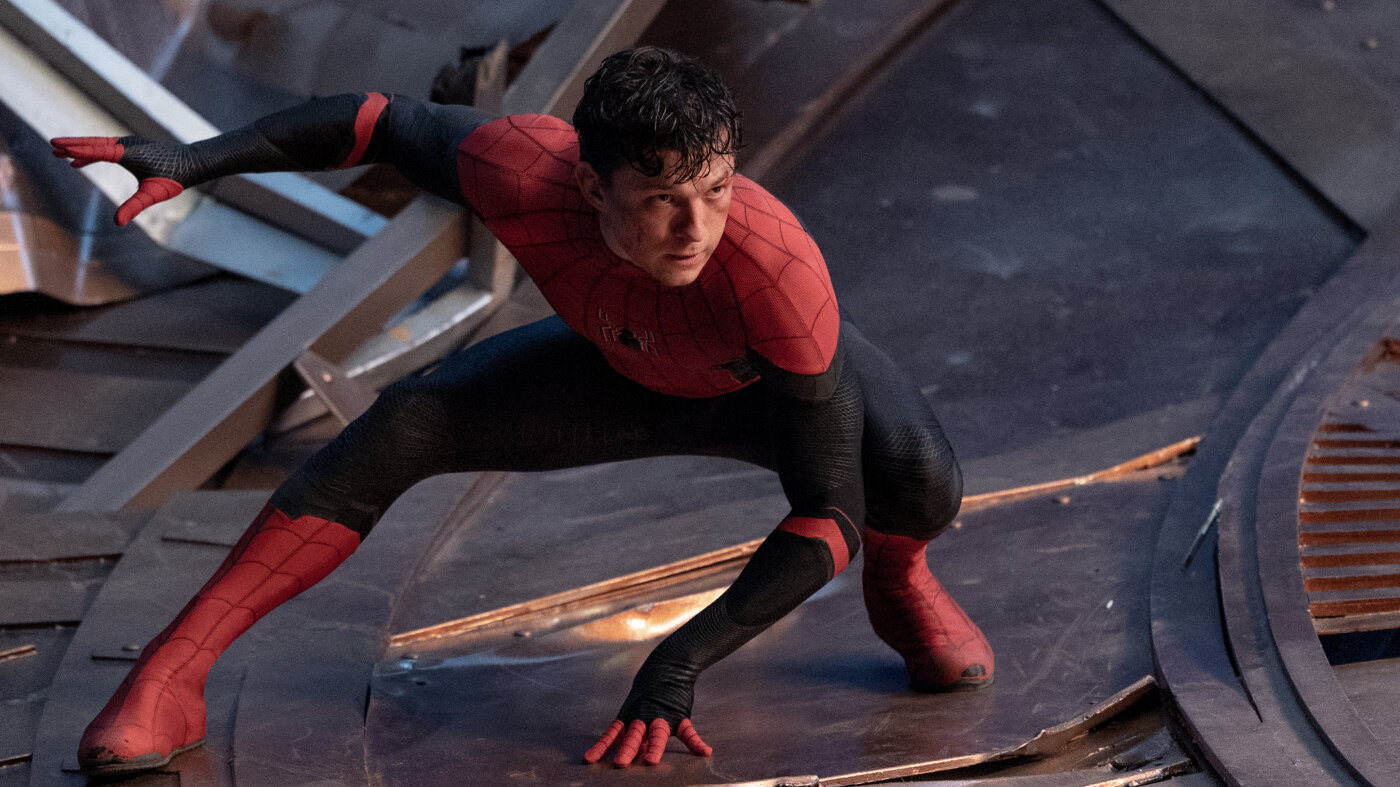 To fit the theme of the movie, you'll also find that the punches are more brutal, and the action scenes are more violent.

In fact, the vibe of 'Spider-Man: No Way Home' reminds us a lot of the vibe from 'Logan' - dark, full of regret, plenty of self discovery and lots and lots of pain and anguish. But having said that, you'll still find the usual comedy and laughs perfectly slotted in to break the tension every once in a while, just like how only Marvel knows how to.

Oh, and that reality-bending fight scene between Spidey and Doctor Strange you see in the trailers? You'll love it.

Whereas 'Spider-Man: Homecoming' and 'Spider-Man: Far From Home' feature a more bubbly and a friendly neighbourhood Spidey, the Peter Parker in this movie was the total opposite.

After Mysterio exposed Peter Parker as Spider-Man, he had to deal with the media attention and the subsequent fall out of the revelation. If you ever wondered what it feels like to have your superhero secret identity leaked out in this digital age, 'No Way Home' perfectly captures that.

News helicopters and reporters stationed outside your house 24/7, cameras pointing at you everywhere you go, people hurling profanities whenever they see you, your closest friends and family become a target of obssession; it's not easy being an exposed superhero who was accused of killing someone and half the world hates you for that. As a result of all that, we get to see a tormented Peter Parker who's struggling to deal with all the attention he's been getting since that unfortunate revelation. Gone were the enthusiastic and excited quips that we all loved from 'Captain America: Civil War'.

It was interesting to see Peter's character arc in 'No Way Home' doing a complete 180 by forcing him to grow up, and all the credit goes to Tom Holland for his abilities in portraying a tortured soul after playing a jolly good fellow in five Spidey movies now. 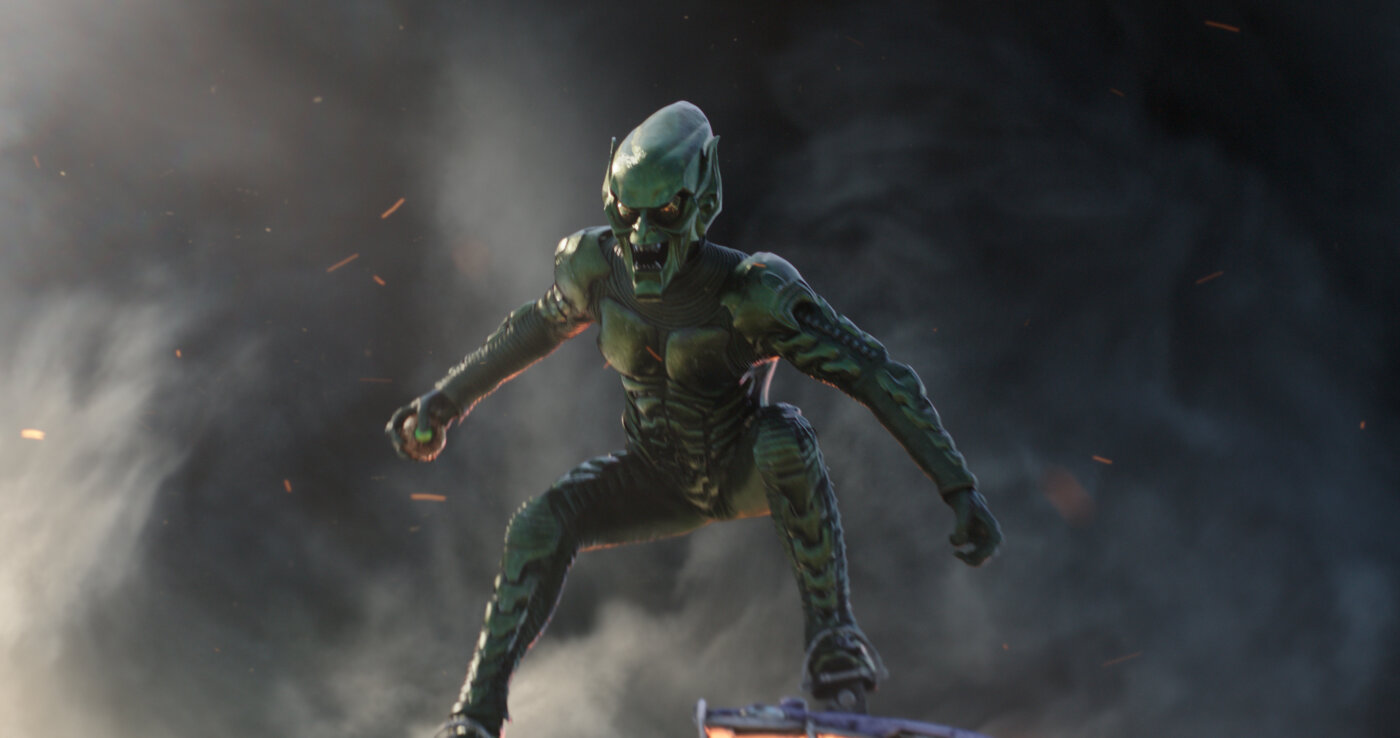 And they are aplenty.

Fans of the old and new 'Spider-Man' movies will have plenty to cheer for, as 'No Way Home' crams almost two decades of fan service into this one movie, starting from Tobey Maguire's era to Andrew Garfield's.

The return of fan favourites such as William Dafoe as the Green Goblin (he was great in this movie, by the way), Alfred Molina as Doc Ock and Thomas Hayden Church as Sandman will definitely stir some emotions, while Jamie Foxx as Elektro and Rhys Ifan as Lizard fell a bit short, we feel. 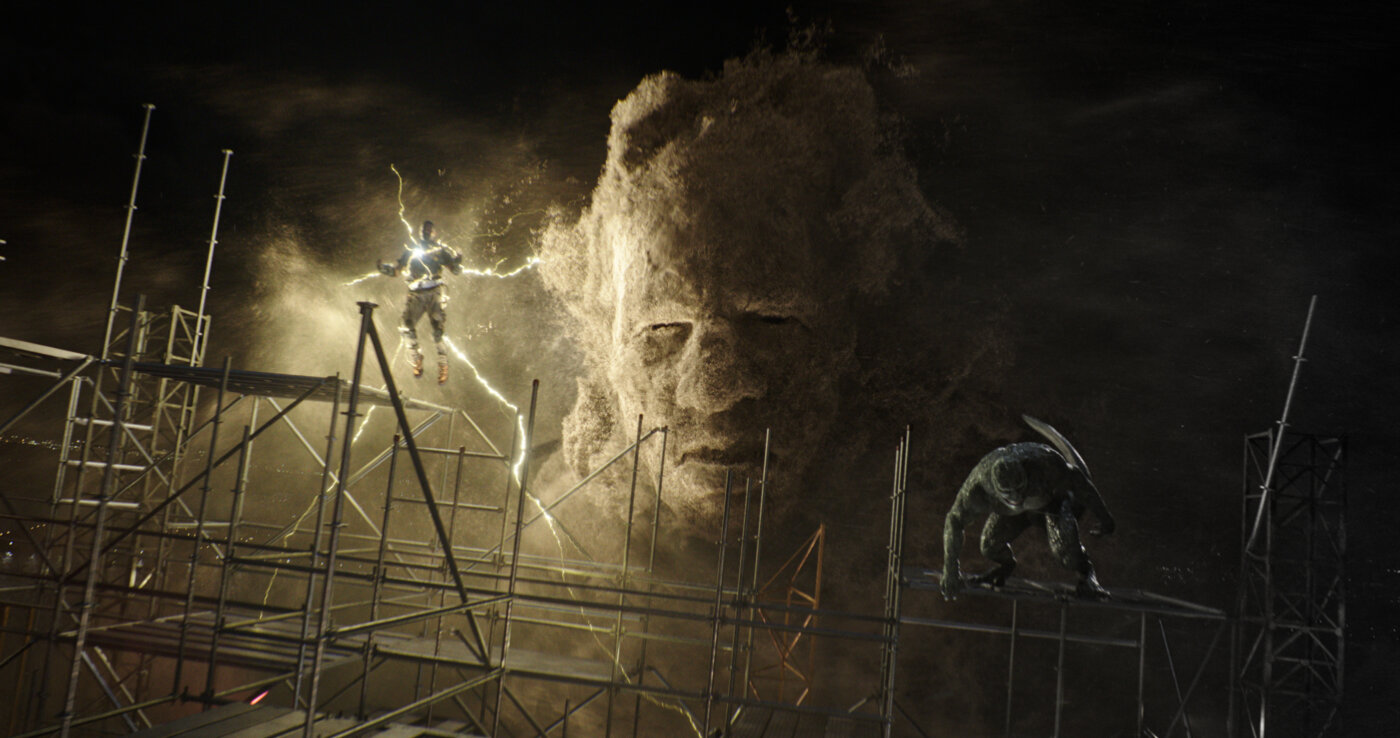 The inclusion of Doctor Strange in 'No Way Home' does plenty to help the plot of the movie as well, as he stands in as Peter's father figure after Tony Stark's death and to introduce the audience to the concept of the Multiverse.

You'll also find plenty of nods and wink-winks to the 'Spider-Man' lore; so keep your eyes and ears peeled.

Emo reason #4: All that closure, man

We've seen what happens when you try to cram so many villains in the movie (ahem, Sam Raimi's 'Spider-Man 3'), but thankfully, 'No Way Home' somehow managed to avoid that.

Just like how they did with 'Avengers: Infinity War' and 'Avengers: Endgame', they've managed to give each and every returning villainous character their own time in the sun (some more than others to great effect). There were backstories and little refreshers of how they came to be, so that those who did not watch the older 'Spider-Man' franchises will grasp what's going on.

But thanks to Peter Parker's kind heart and his love for making things right, he doesn't just want to send the villains home; he wants to cure them. That pretty much sets up the end for all the characters we all knew and loved since the first 'Spider-Man' movie came out in 2002. 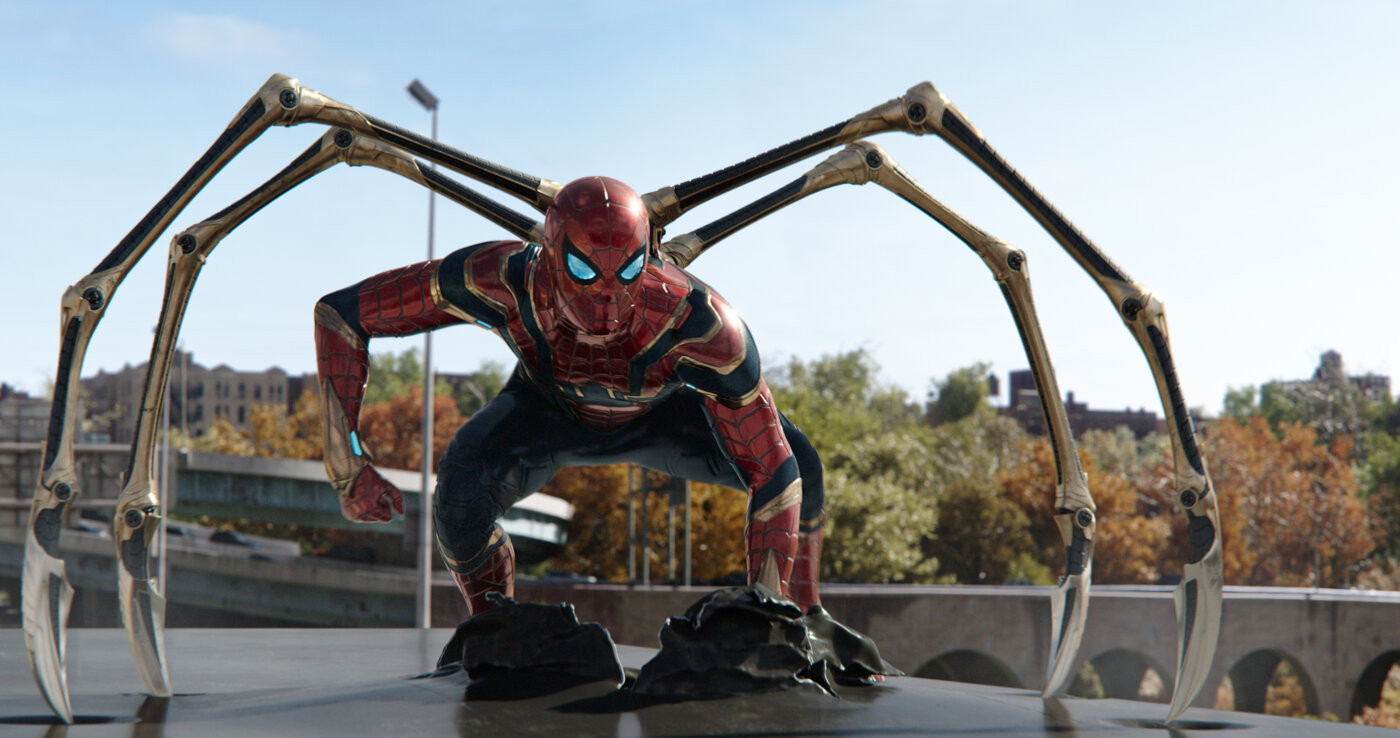 And we don't only get closure for the villains, but Peter Parker as well. We can't say anything much about this without spoiling it for you, but let's just say that the famous saying 'with great power comes great responsibility' has never rung any truer.

What makes this film great, though, is the fact that Marvel is not afraid to hit the reset button for any of their characters, despite how established and how comfortable we already are with them. It will be interesting to see what they have in store for the new Holland-led 'Spider-Man' trilogy.

If you have to go to the cinema to watch one movie this year, 'Spider-Man: No Way Home' is it.

Fans of 'Spider-Man' movies new and old will enjoy this as much as we did. Even if you're a casual fan of the MCU, you'll have plenty of fun in the cinema, trust us.

This movie has plenty of heart, and it will have you crying, laughing your butt off, cheering and most importantly, excited about what's to come for the MCU. 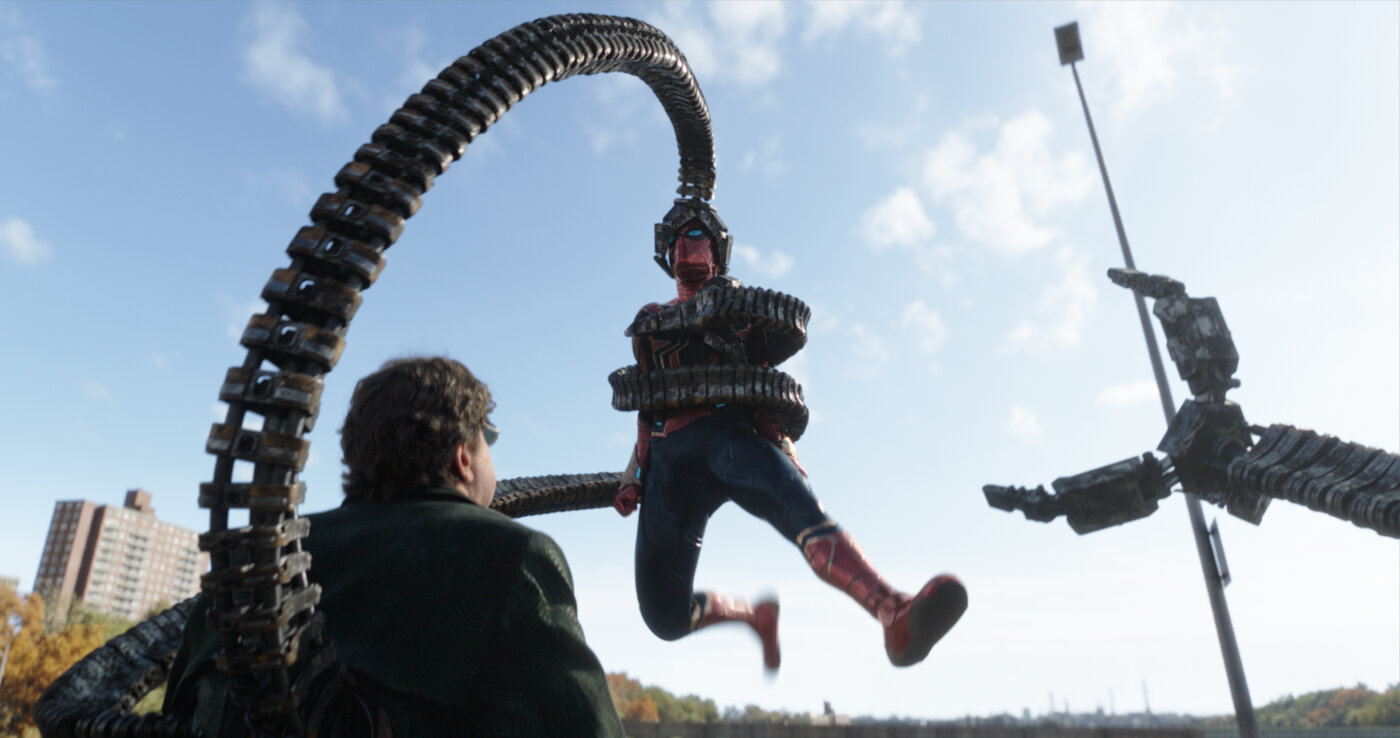 We've never been so excited and hyped up about a Marvel movie after 'Avengers: Endgame', and 'No Way Home' lived up to the expectations and the hype - and then some.

We can argue all day and night about our favourite Spidey and 'Spider-Man' movie, but once you're done with 'No Way Home', we guarantee that you'll think of rearranging that list a little bit.

And if you choose to put 'No Way Home' and Tom Holland as your favourite 'Spider-Man' film and favourite Spidey respectively, we'll have no problems with that.

PS: You'll be wise to bring a box of tissues with you to the cinema, though; because you'll need it. You can thank us later.