It beat out ‘Pokémon’, ‘Detective Conan’, and ‘One Piece’

Alicia Corbett
When you mention Malaysian animated TV series, Upin & Ipin, the show about the eponymous bald twin brothers, usually comes to mind, airing internationally in countries such as Indonesia and India.

Another locally produced series has now achieved international acclaim, Mechamato is now ranked #4 in the Top 100 Favourites, which is based on fan votes, at the Tokyo Anime Award Festival 2023.

Voting ends 2 December 2022 so it’s not too late to vote. Here’s a visual guide of how you can support them with your votes:

In doing so, it has surpassed iconic shows such as ‘Pokémon’, ‘Detective Conan’, and ‘One Piece’, and is the only non-Japanese show that is nominated amongst the top 10 list of the awards. It debuted on the chart at number 28 amongst 411 anime titles and continues to climb up the rankings, then reaching number six earlier this week. Previously, it had also entered the top 10 list for children’s shows on Netflix in Malaysia, Indonesia, South Korea, and Singapore. The show also aired on Netflix Japan and Cartoon Network Japan.

The series is the brainchild of the company Animonsta Studios who are behind the popular series BoBoiBoy. Created by local animator Nizam Razak, Mechamato managed to make its mark in the TV industry by managing to sell its distribution rights to more than 64 countries right after it aired in 2021. 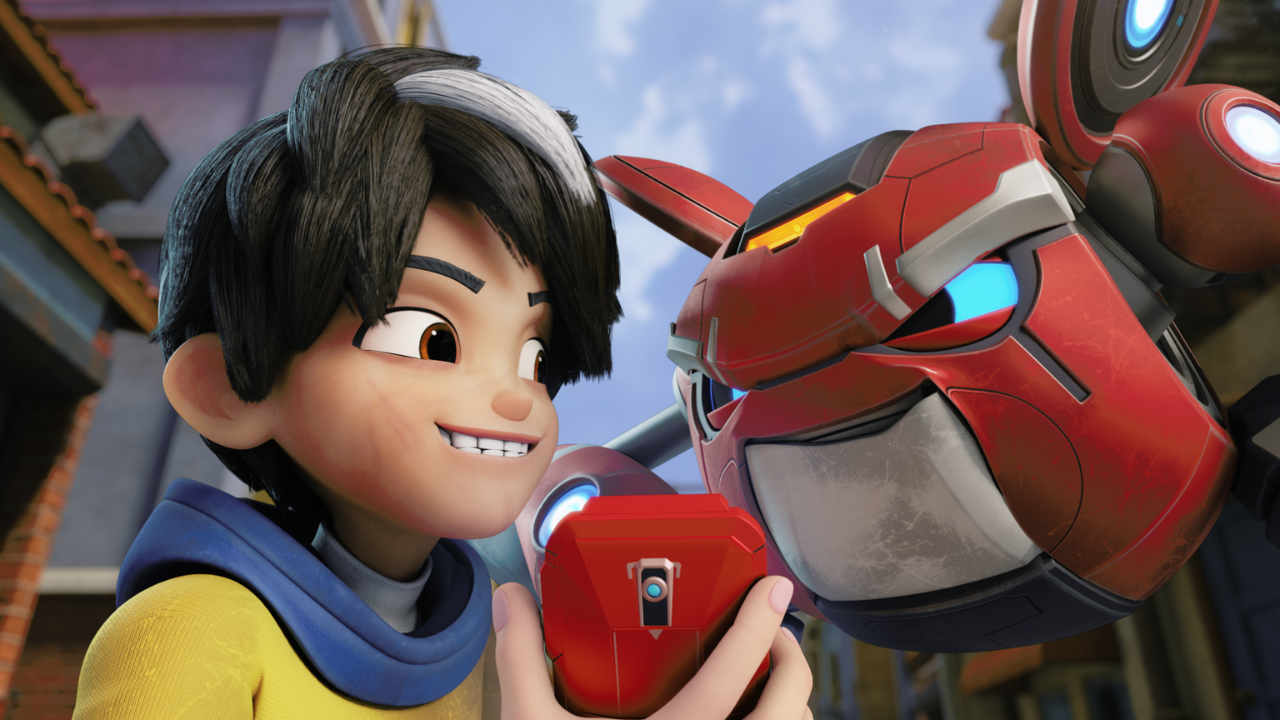 The series is about a young boy named Amato who found a prison spaceship with evil robots that crash-landed on planet Earth. MechaBot, one of the robots, has the ability to mechanise everyday objects into high-tech devices.

After Amato managed to outsmart MechaBot, they now work together to capture all the evil robots.

It is set in the fictional city of Kota Hilir, which was inspired by Bandar Hilir in Malacca City in the real world, which is also the creator's hometown. While watching the show, you may spot Malaysian elements such as a curry puff seller or the martial arts, silat ––– a nod to the creator’s roots.

Nizam Razak shared on his Twitter page that “Actually back in 2017, I was invited to be a jury member at the Tokyo Anime Award Festival. They invited me after watching ‘BoBoiBoy Movie 1 (2016)’ in Tokyo. The screening wasn’t for the public, but for the Japanese industry.

The TV series is set to air as a blockbuster movie co-produced with Astro Shaw, Mechamato Movie, debuting in local theatres on 8 December, and internationally in 2023. There is also set to be a second season of the TV series.

We hope that Mechamato will continue to take the Malaysian animation industry to new heights! Stream Mechamato on Netflix or Astro Go now.