M'sian Man Buys A RM4,899 iPhone For His Wife Using RM20 Notes He Saved Up For Over A Year

Such a sweet man.

Rojak Daily Team
Some man would do anything for their wife just to see them happy.

This one man is a perfect example of that.

Saving up for a dream

The man known as Nick Hiew wanted to get an iPhone 13 Pro for his wife as a wedding anniversary gift, but he did not want to empty his savings doing so.

That was a pretty wise move, because the iPhone 13 Pro starts from RM4,899.

So, Hiew devised a plan: he would set aside all the RM20 he receives and hopefully, it will be enough for him to buy the phone in time for their anniversary.

On 14 November, Hiew shared on Facebook that he successfully achieved the mission; he saved enough RM20 notes in one year to buy his wife an iPhone 13 Pro. 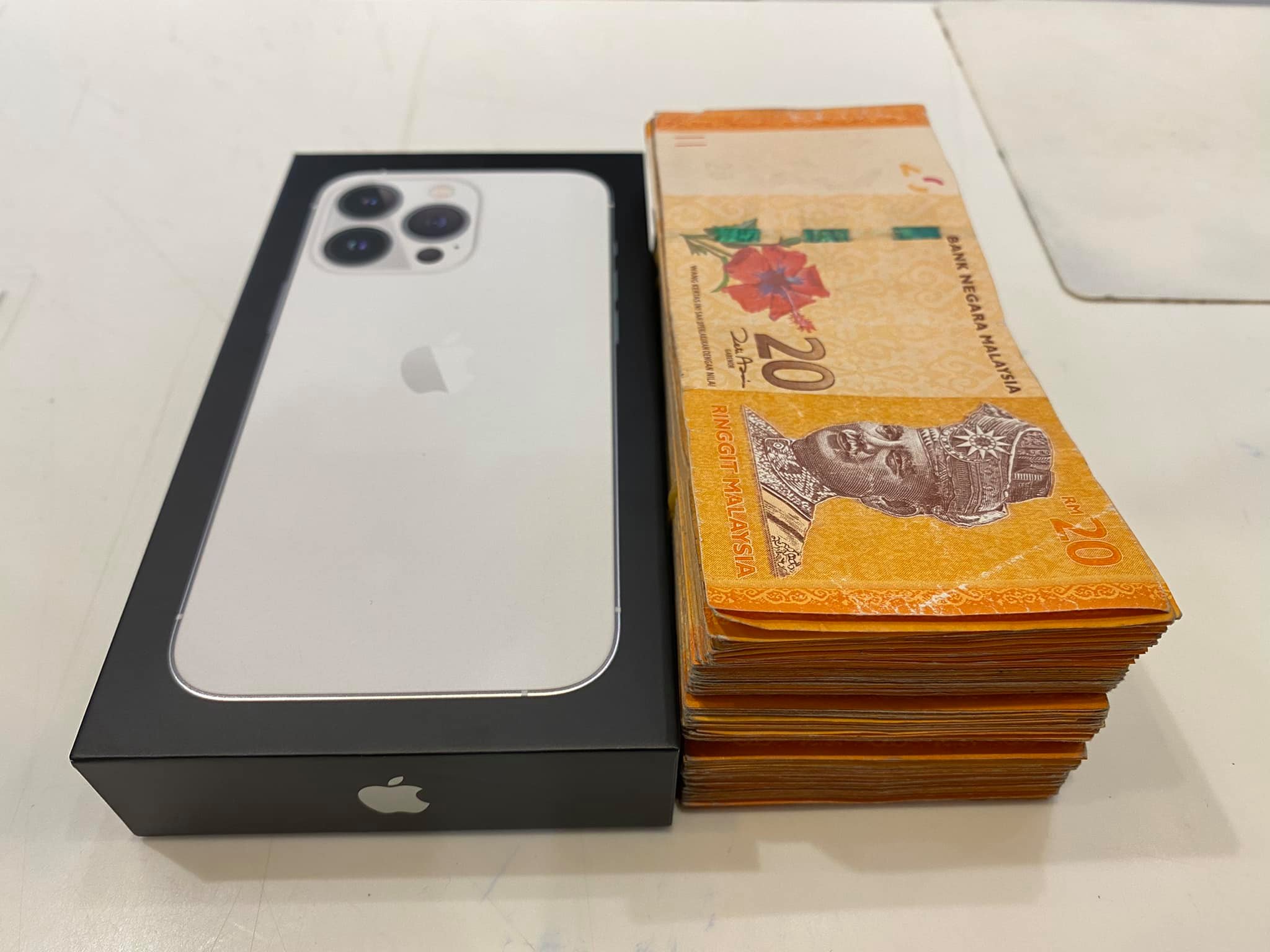 Hiew said in the Facebook post that he started setting aside all the RM20 notes he received from his transactions and wherever they were opportunities to do so.

According to Hiew, he typically pays in pays in denominations of RM100 or RM50, so he has no problems setting aside the RM20 he receives each time he goes out to buy food or grocery shopping.

Hiew told Wau Post that he managed to save an additional "few hundred ringgit" doing so.

When asked by another Facebook user why he chose to save the RM20 notes, Hiew replied that RM50 was too much while RM10 was too little.


On 12 November, Hiew - with stacks of RM20 in hand -- visited an Apple retailer to purchase the iPhone 13 Pro.

Hiew shared a short video showing a man, presumably one of the workers at the Apple retailer, counting and sorting out the RM20 notes into smaller, individual piles.

Responding to another Facebook user, Hiew said he'll continue his habit of saving up loose change.

What a thoughtful and sweet husband Hiew is, kan? We hope his wife would treasure the iPhone 13 Pro.