North Korean State News Claims Kim Jong-Il Invented Burritos, And They Have The Pictures To Prove It

RD Minion
We've known for awhile now that North Korea as a country is a little bit quirky:


However, the piece of news that came out of the country recenty would easily take the cake burrito.

Meet the inventor of the burrito

In yet another story of how dictator extraordinaire Kim Jong-Il was the greatest man alive, the North Korean state news has claimed that the former president was the one who invented burritos.

Quoting a report from North Korea's government newspaper Rodong Sinmun, Fox News reported that Kim invented the "wheat wrap" in 2011 shortly before he died from a heart attack.

The newspaper also published Kim's pearl of wisdom on how to best enjoy burritos: pair it with mineral water in the summer and hot tea in the winter.

To further convince its citizens that Kim was indeed the godfather of the burrito, the country's state broadcast also ran a footage of North Koreans enjoying burritos at a stand outside the Kumsong Food Factory in Pyongyang.

The broadcast also showed a mural of Kim grinning in a kitchen while the Mexican snack was being prepared.

In fact, the state news also claimed that his son, current president Kim Jong-Un, has now taken a "meticulous interest" in burritos, so much so that the report claimed that sales of dish are booming despite a food shortage that's been plaguing the country.

We mean, if it's still not obvious that the story was a whole lot of bull -- the word "burrito" first appeared in a Mexican dictionary in 1895, according to The New York Post -- a North Korean defector by the name of Lee Hyun-Seung said he's never seen a burrito in his life.

"I have never seen any burritos or wraps on sale in North Korea," Lee, who was born in an elite family but fled the country in 2014, was quoted as saying.

He added that the penetration rate of Western food in the country is extremely low, because the food ingredients in North Korea are not diverse and there are very few restaurants where North Koreans can dine in. 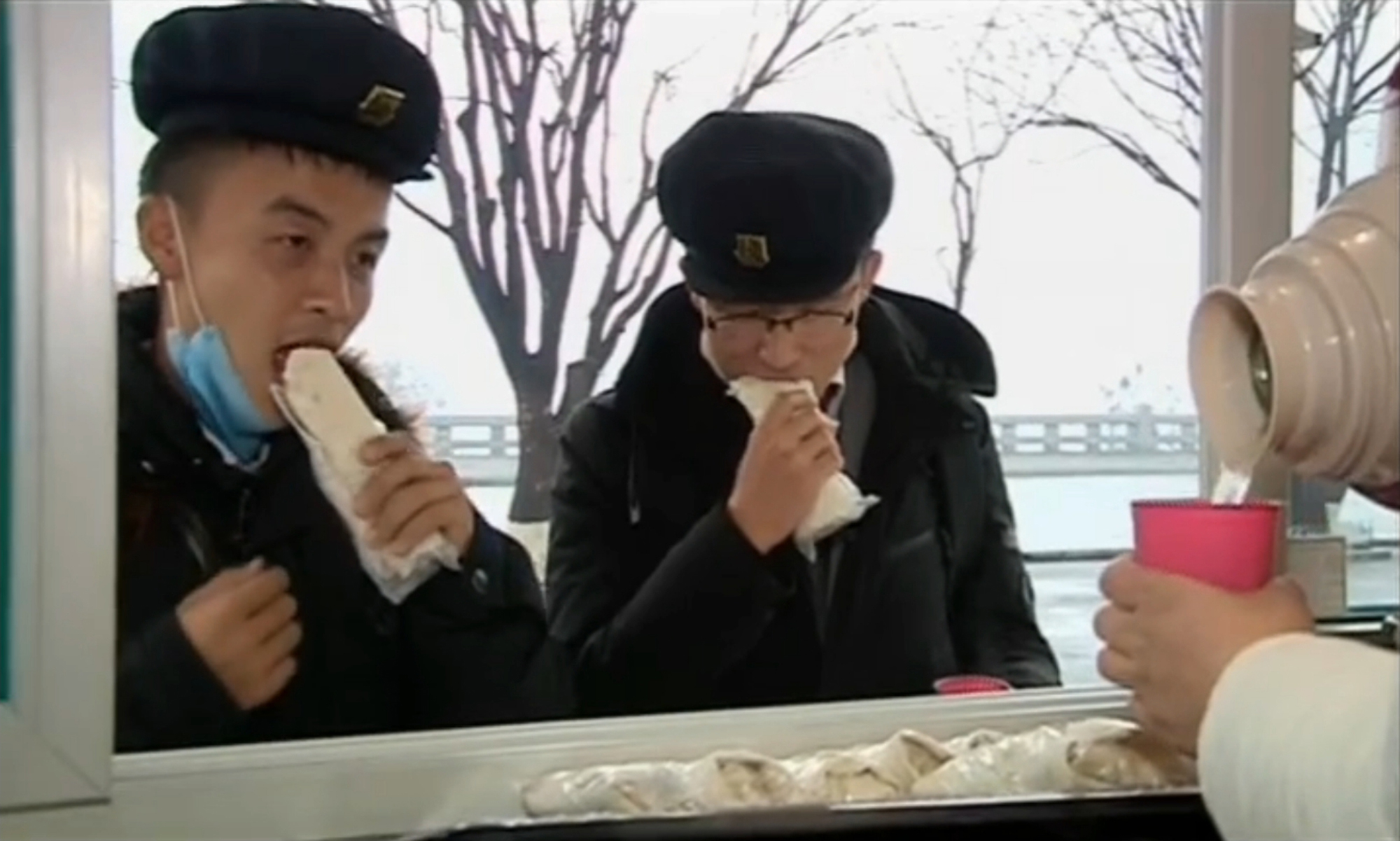 On top of that, Lee said that most North Koreans simply "do not have money to buy foreign food."

Well, we don't know about you, but Kim Jong-Il doesn't sound like a Mexican name, so we're going to take our burrito with a pinch of salt.