Alicia Corbett
While working from home during the pandemic initially took some getting used to, it also became the norm for some of us as we shifted from commuting to the office daily, to working from home full-time. This means spending a lot of time in the same space, so making it comfortable is important. 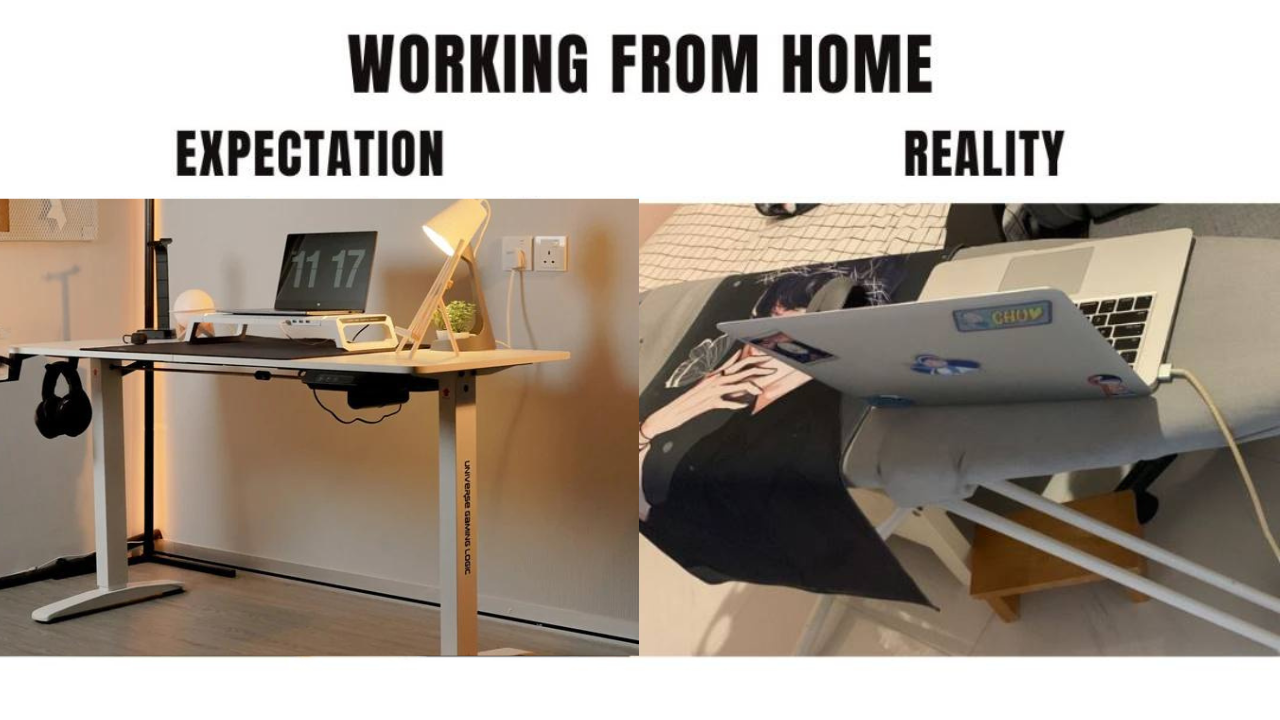 I personally previously used a small side table with wheels, but it broke which got me thinking about standing desks. I literally had to resort to using my ironing board at one point.

Reports by the Harvard Medical School has shown that standing may reduce the risk of shoulder and back pain, and even helps blood sugar levels to return to normal faster, so that helped my decision making too.

I first spotted standing desks in Nam Joo Hyuk’s K-drama Start Up in 2020 and they are still a relatively new thing on the market in Malaysia. After doing some research, I found out that most of the desks are priced at RM1.5k – RM2k.

Many friends that I spoke to also had the impression that these desks were expensive and were splurges rather than a necessity. I then spotted desks made by a Malaysian company, Universe Gaming Logic that is priced as low as RM649.90 after discounts.

I reached out to Universe Gaming Logic to test out their standing desk and happily, they obliged by sending us a unit. I opted for their Athena Special Edition to maintain the mostly white aesthetic of my bedroom that currently doubles as a home office.

While I personally struggle to play Angry Birds *oops* ––– you can use the desk to play high intensity games such as Dota 2. They have options to add on RGB side lights to really put you in the gaming mood. 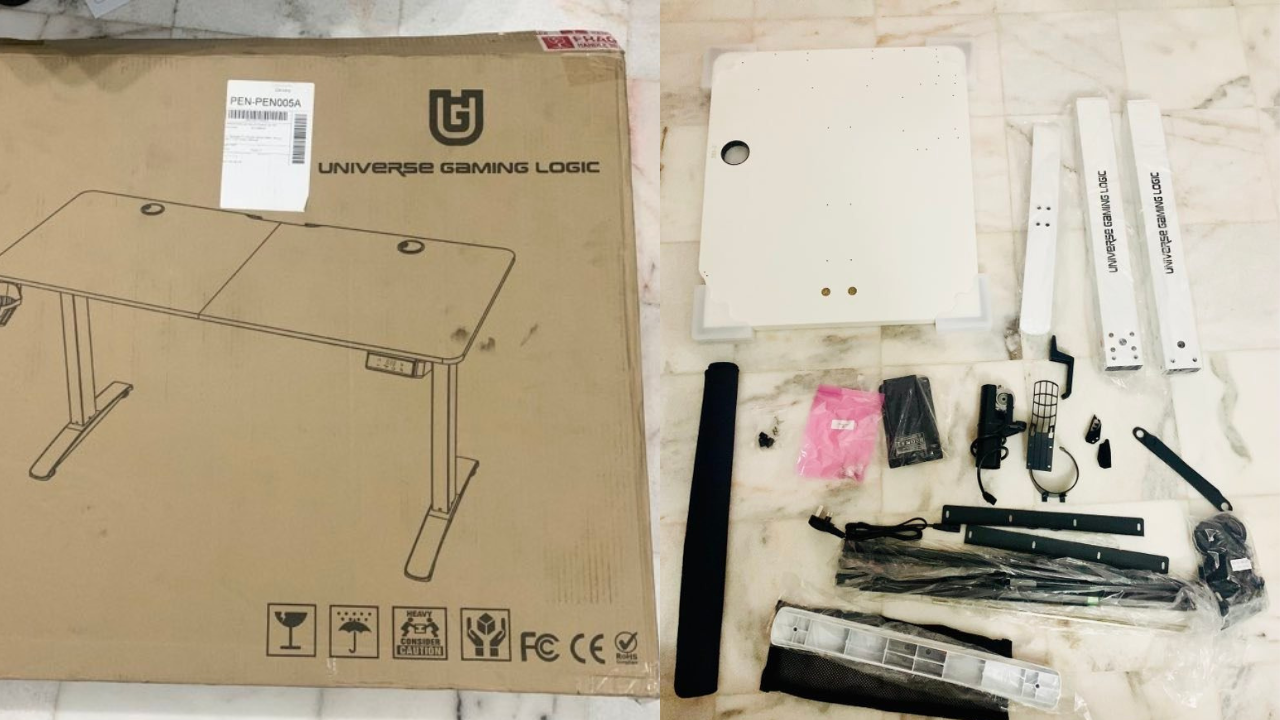 This is the tricky part, but it will be worth it, trust us.

The package arrived quickly within three days. Carrying my package from Universe Gaming Logic was no small feat as it weighed 27.3kg and took two able-bodied people to carry to my apartment unit.

The tabletop is 140cm by 60cm and I was wondering how it would be delivered, and it comes in two pieces that are fitted together.

The entire process took just around three hours, and while you can carry out the fixing alone, for the most part, you might need some help to hold up the heavy parts. The desk came well-packed with thick cardboard to protect the components and thick plastic to protect the corners of the desk. No extra tools are required for assembly as it comes with Allen keys that have screwdrivers at the end. Figuring out where each component went took some trial and error as they were not labelled and the steps were not clear, but I managed to figure things out eventually. Several holes also did not seem to be where they were labelled in the manual. Check out the assembly video tutorial here:


If you’d rather not go through the hassle, the company charges RM200 for assembly services throughout West Malaysia.

Make sure you measure the size of your work or gaming space before ordering it as the desk is quite wide, but this also means you can navigate your workstation without feeling like it's overcrowded, especially if you have a custom high-end CPU or large speakers that you want to show off on top of the desk.

What it Comes With 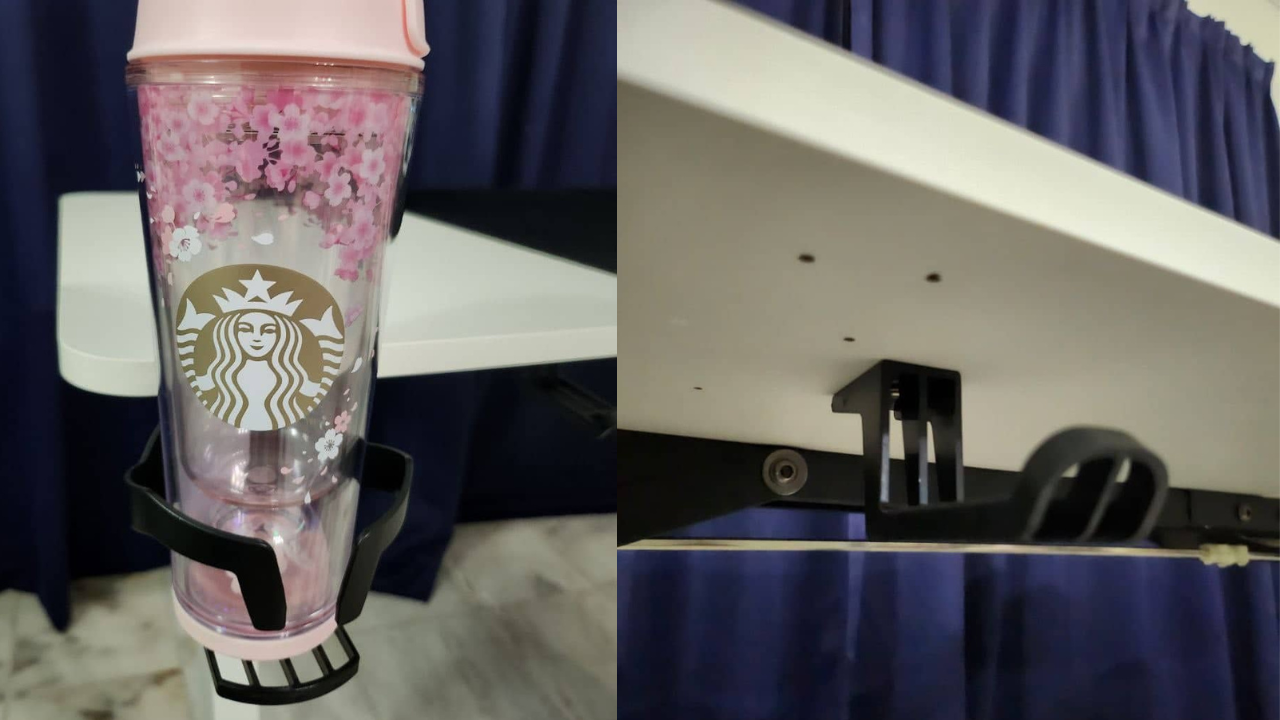 I often have a paranoid fear that I will someday spill my drink on my laptop while working, but the desk comes with a cupholder that acts as an extension from the desk to prevent such horrors.There is also a headset hanger for headphones although I don’t use this as I use wireless earphones instead. I removed it eventually as I found that the armrest of my chair would frequently bang into it. 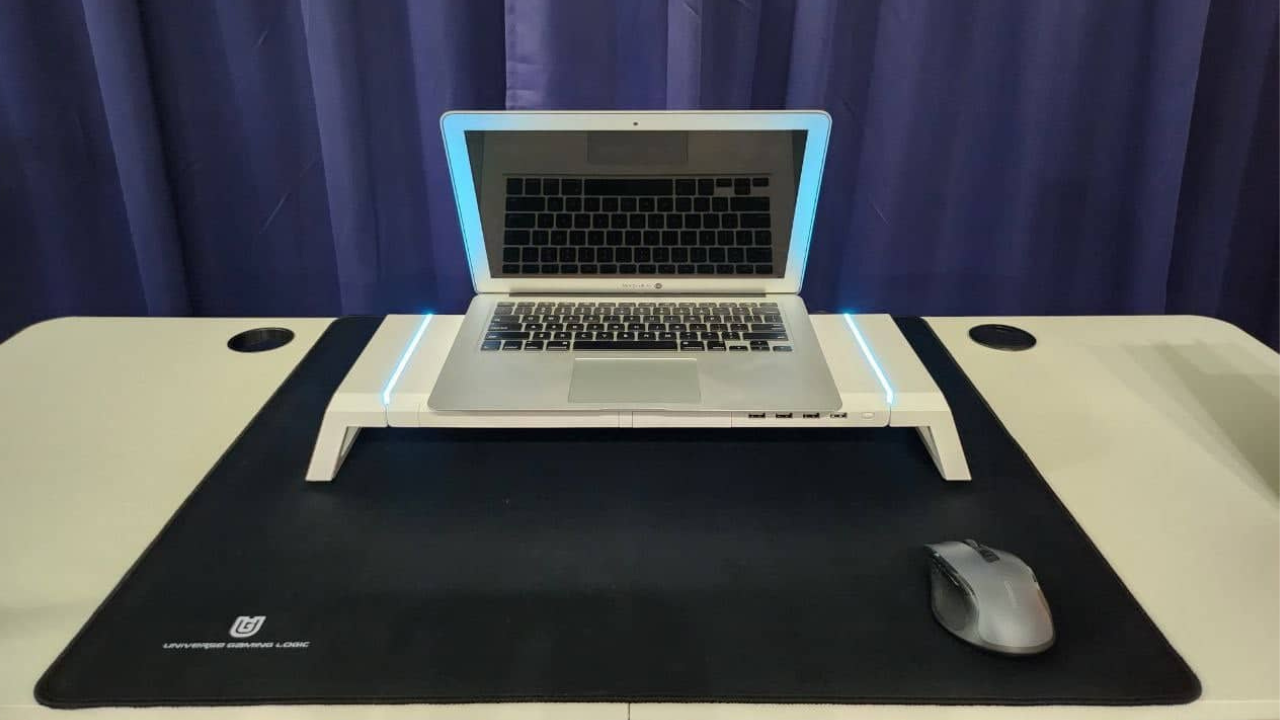 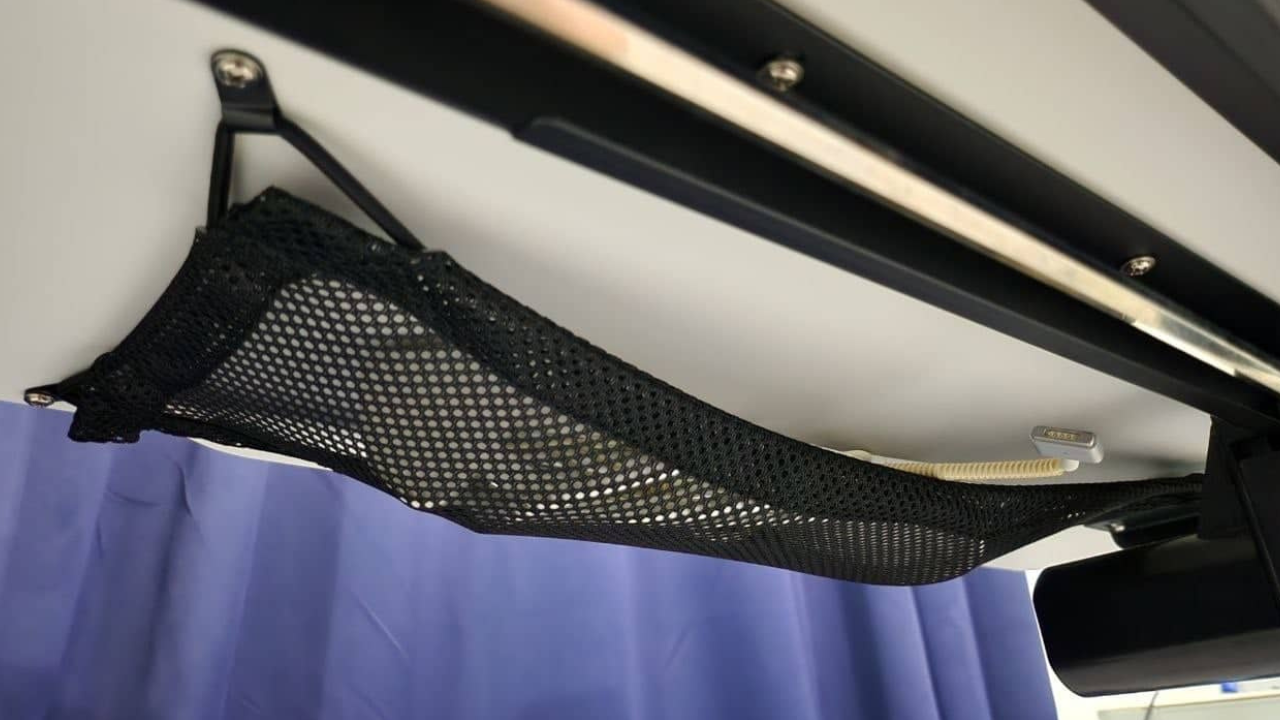 If you’re a neat freak like me who can’t stand messy cables lying around, there is also a cable management net bag that you can fix underneath the desk.

I use this to store my laptop battery charger but I keep my extension plug on my desk in order to charge my devices such as my mobile phone and smartwatch easily without bending down. I ordered an organiser storage box from Lazada so that the cables are hidden.

If you’d rather keep your cables under the desk, there is an option to add a cable management tray when you check out your item on their website. There are also roller wheels for those who move their desk around frequently ––– but my own room is too small for this.

There are also two grommet holes for additional cable management.

Testing Out its Standing Capabilities 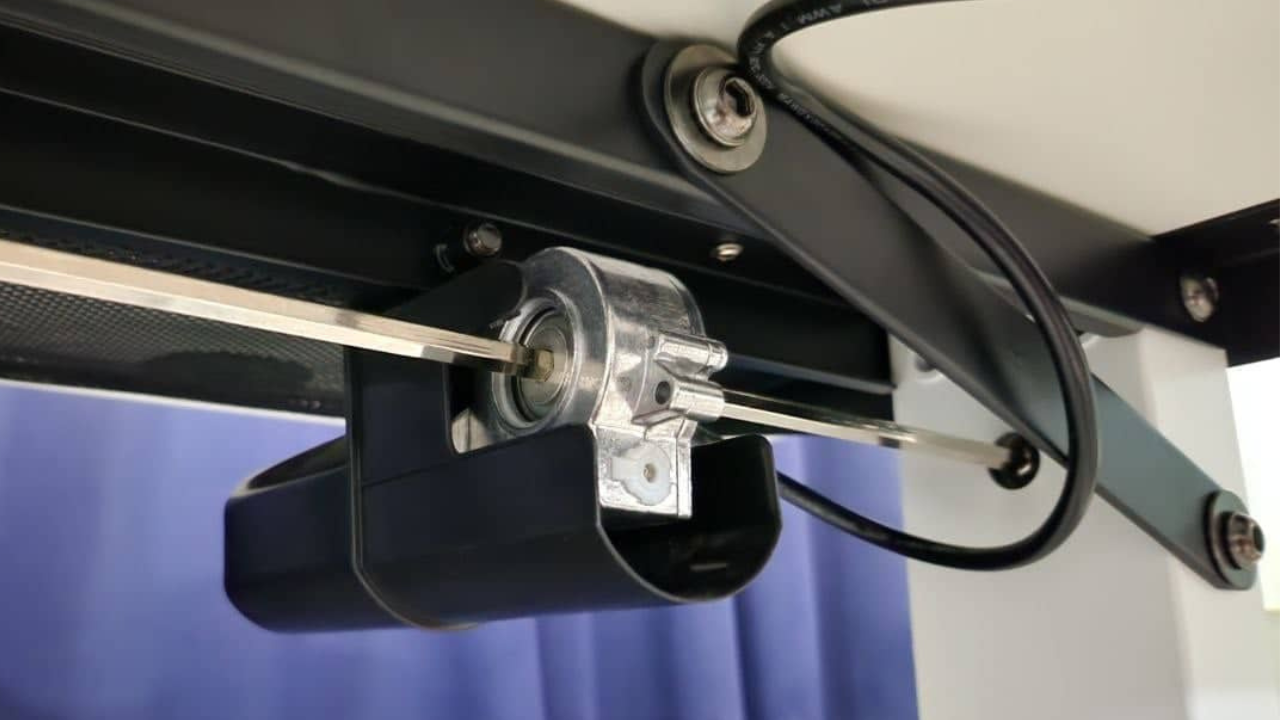 This bad boy is smooth. Instead of bulky hardware, it uses a single motor system that is located on the bottom of the desk. This system is controlled using a control panel at the bottom right side of the desk, which you can hook up to an electricity source using its 3-pin plug.

Personally, because I have back issues, having my desk at just the right height is important to me. If I sit for too long at a dining table that is too low or too high, it causes my body to ache. Thankfully, the height of this desk is easily adjustable ranging from 74 cm to 119cm. I simply press the ‘up’ or ‘down’ button according to my preferences, and there is a memory location operation to set it exactly where I like it.

If you’re like us and would love to take occasional long breaks but have to keep working, you can also set the timer reminders (e.g. 30, 45, 60 minutes) to tell you to take standing breaks.

Once you’re tired of standing, the desk also allows you to go from a sitting to standing position with two memory height settings with two icons showing a person sitting and standing. This means the desk is easy enough to use even by an older individual who may not be tech-savvy, not just a millennial!

The desk also stops if it hits any obstructions so don’t worry about monitoring its ascent or descent too closely. The whir of the motor as it moves is barely noticeable and hardly creates any noise.

It can withstand up to 80kg my items on the desk barely even wobbled as the desk ascended. 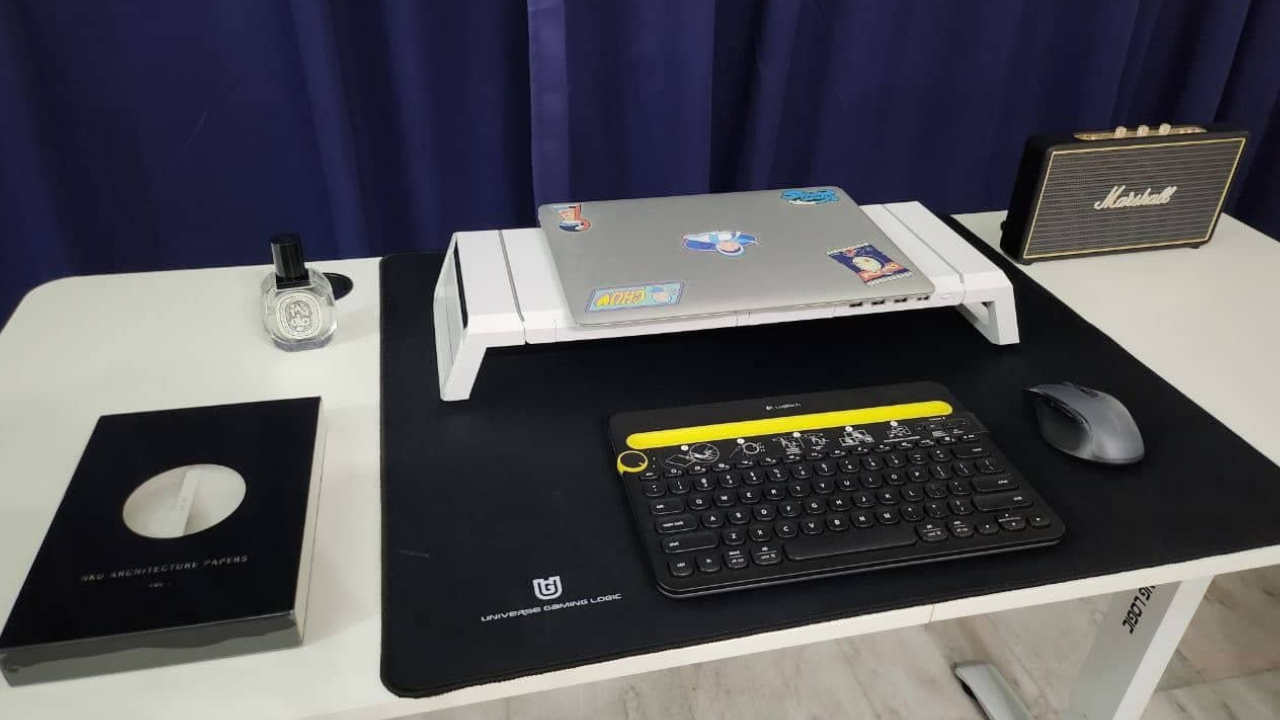 Considering the price of most of the other standing desks on the market, I’m very impressed with the quality of this one. The aluminium alloy legs are sturdy and they don’t wobble one bit. However, the connecting rod underneath seems a bit thin and I’m slightly afraid of accidentally breaking it.

Overall, it definitely gives you the bang for your buck at an affordable price that delivers on its performance. The unit also comes with a 3 years warranty, which is great considering most electronic items nowadays come with only 1-year warranties.

Who Should Get It

Whether you’re a student, avid gamer, or office worker, this is the desk you should go for.

I see myself using this for a long time, and should the motor ever fail, I’ll pass it to someone to use as an ordinary desk.

Overall, the desk works smoothly and I don’t foresee myself reverting back to ordinary desks anytime soon!

Get your own Athena Special Edition standing desk here.