In 2017 I made a vaguely legit sounding excuse to my boss to allow me to work with a Mac and “borrowed” an old iMac from the storeroom.

It was a 2010 iMac with an i5 processor, 4GB RAM, no graphics card, and a CD-Drive. It took a good 10 minutes to boot up from shutdown and the “work” I was supposed to be doing on the iMac, video editing, was quite impossible.

The Mac OS interface was clean, the screen was huge, and at 1080p, the resolution was far better than the pixelated Windows laptop I was handed for work (1366 x 768, yuck).

I’ve worked on Macs exclusively since, coming up with more elaborate reasons for my following employers about why I had to work on a Mac (which I often didn’t). That all changed when Huawei released the Matebook X Pro and were gracious enough to allow me to review it. 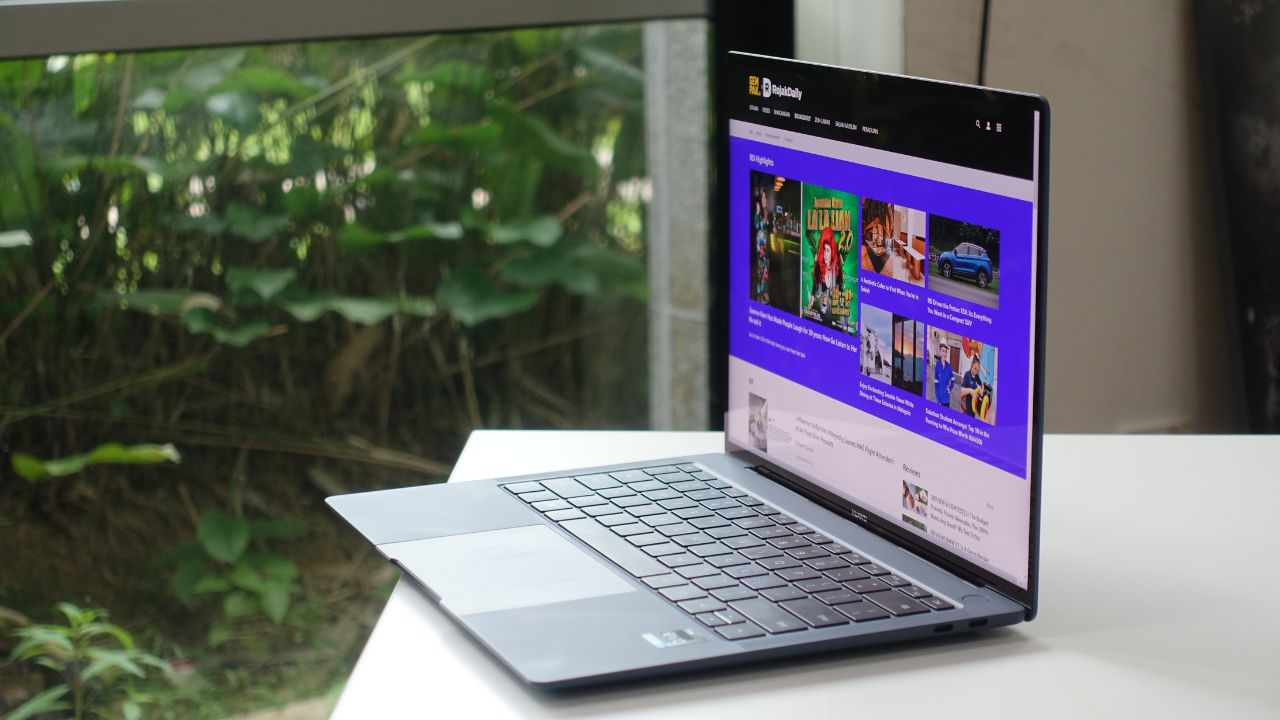 Having lived through the Ultrabook and Netbook era of the early 2000s, I’ve experienced firsthand the many terrible laptops that PC makers have come up with and I’ve grown disillusioned with the capability of Windows machines to deliver a good quality experience.

Unboxing the X Pro, I was taken aback by the attention to detail in the packaging and build quality of the laptop. It was impossibly light at only 1.26kg and felt robust in the hand.

This was not the flimsy HP “ProBook” laptop that gets peddled wholesale to companies that I was used to. The X seems purpose-built to rewrite everything you knew about PC laptops.

The screen is 14.2-inches at 3.1k resolution (3120 x 2080p). That’s 264 pixels-per-inch, slightly higher than the MacBook Pro 14 inch at 254 PPI. Also, it’s a touch screen. A fact I found extremely useful when I needed to sign a pdf document. If you’ve ever tried signing anything with a mouse or touchpad you know the torture.

Rounding out the first impressions is the keyboard with large keys, wide touchpad, four USB-C ports (two of them Thunderbolt 4), a 3.5mm headphone jack, four mics at the front of the laptop facing you, and six speakers distributed evenly on either side of the device.

It is unmistakably a premium device based on how it looks and feels. It also passes the one finger to open the laptop test, which is always nice. My job requires me to travel a lot and to work at a moment's notice to churn out quick videos on Canva or upload a quick story.

If this is your kind of work, this is the laptop for you. It wakes from sleep in seconds and the fingerprint sensor is accurate so I don’t get many errors logging in. While working I usually have about 10 Chrome tabs open, Microsoft Teams, and other tools like Outlook and there has been no stutter.

Everything just works, which is something I’ve never said for a Windows PC. This is attributed to the 12th Gen Intel Core i7-1260P Processor paired with 16GB of RAM and 1 TB SSD which is a beefy setup.

While it’s missing a graphics card, this machine is not meant solely for graphic intensive tasks. That said, the dedicated Intel Iris Xe graphics card more than makes up for that. We managed to play Fortnite, Valorant, and PUBG on it at medium settings with no problems.

Indie games run smoothly here and we suspect buyers shopping in this category of machine aren’t looking for a gaming powerhouse.

One caveat to remember though, is its battery life. On average use with brightness set to medium, browsing with 10 tabs, and video consumption, the Matebook X Pro only lasted about 5 hours before needing a charge.

I’m sure you can push out another hour if you put a lower brightness and reduce multi-tasking, but that’s not a real world example.

A Multimedia Device You Just Want To Use The 3:2 aspect ratio screen has a 92.5% screen-to-body ratio, which means its got tiny little bezels that are almost not noticeable.

The screen is also bright at 500 nits and comes coated in a layer that reduces reflections by 60%. I tried to turn on my overhead lights and worked directly next to my window and could still see the screen fine, better in fact, than my Macbook Pro 2020.

In a rare occurrence I find myself turning down the brightness most of the time because at maximum brightness is a little too much.

The gorgeous screen also comes with accurate colours that make it a joy to watch movies with. Colours on hi-def images popped and 4K content on this machine is something to behold.

I cannot sing the praises of this screen enough. We spend most of our lives looking at screens and the last thing I want to do is work on a crap TN panel with poor viewing angles and washed out colours.

There’s one on-the-box feature that I haven’t mentioned and that’s the 90 Hz refresh rate. While it’s supposed to be smoother, in practice I couldn’t really see a difference in terms of scrolling or navigating.

It might be smoother? But it’s really hard to tell. Windows PC users are all too familiar with bloatware; proprietary software from manufacturers that mimic Windows's functions, but worse.

Huawei is no exception here.

The Huawei PC Manager and HUAWEI Control Panel (yes, it’s in all caps for some reason), are two programs that are companions to the laptop.

They help integrate Huawei’s proprietary functions like Super Device that allow you to seamlessly connect your Huawei phone, tablet, and monitor to the laptop and Huawei Share that allows you to share files with other Huawei devices.

You can exit these programs anytime but they have to be active for these Huawei functions to work and for the first time, there are some functions that I don’t mind having.

The HUAWEI Free Touch program allows you to add handy smart interactions to the touchpad like adjusting the brightness of the laptop by sliding along the left edge of the trackpad.

You get a haptic feedback when you scroll along the edges and it feels like you’re turning a dial, which is a little gesture that’s thoughtful. Scroll along the right side and you’ll adjust the volume.

Click the top left corner to minimise windows and the top right to close windows. These shortcuts on the touchpad are great, but other shortcuts like tapping with your knuckle to screen record or screen capture, are less so.

On average, I’m able to successfully screen capture one out of three times so it’s much easier to just use the snipping tool. Then there’s the AI Gestures. The gesture settings are buried in the Huawei PC Manager app and you can theoretically swipe the air in front of your laptop to play videos, move to the next slide, or adjust playback on a video.

In practice, I managed to activate the AI Gestures one out of ten times. Unfortunately, I didn’t have any other Huawei products to test the Super Device features and seamlessly work in the Huawei ecosystem.

One thing I found that's novel in the Huawei PC Manager is the fact that you can set repair appointments, check warranty, find a service center, and even find the price of spare parts. FYI, replacing the screen will cost RM2605 according to the site.

All in, Huawei things are a little hit and miss.

Who should buy this laptop? 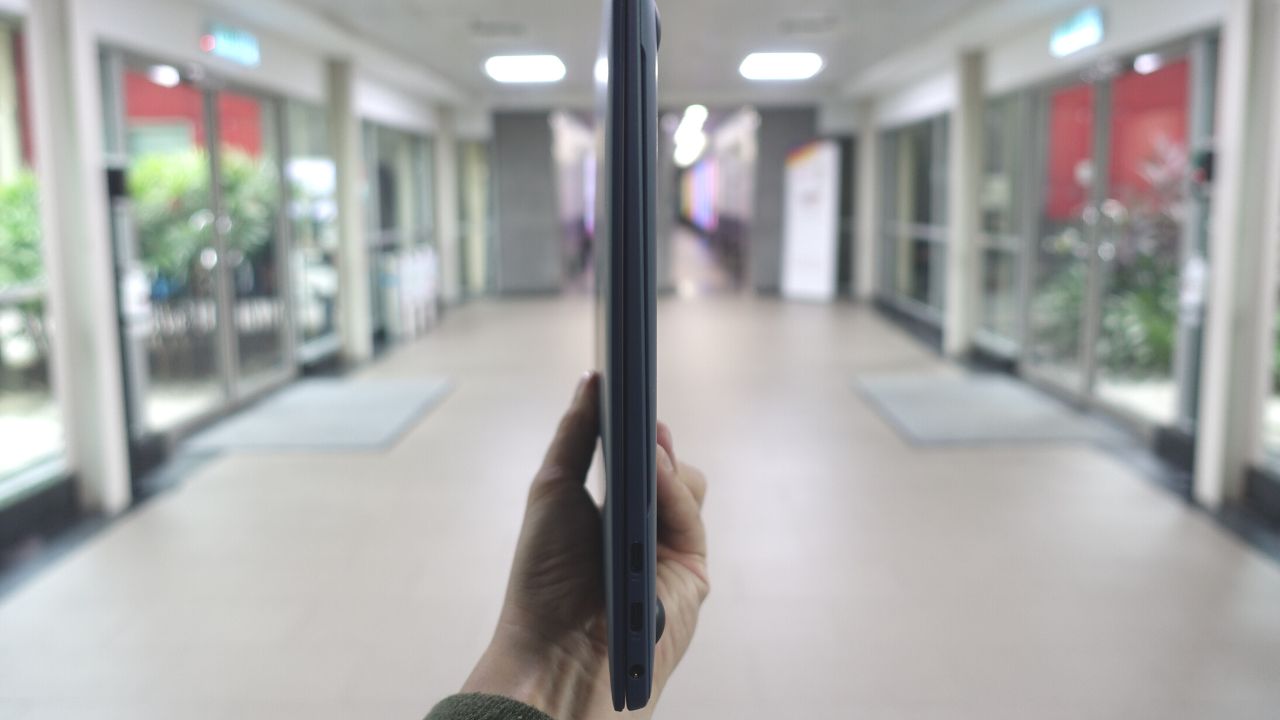 At RM9,999 this is an expensive laptop. But it’s the best portable Windows laptop that you can get right now.

If you’re looking at this laptop, you’re likely not price sensitive and you’re just looking for a Windows laptop that just works.

To you we say, this is the way Windows machines should have been made way back in 2008 after the arrival of the MacBook Air.

It's uncompromising in quality and provides the highest specs on a portable laptop so that you can use it for a long, long time.

At the time of writing, the Matebook X Pro is sold out but you can book yours here.
#tech#laptop#Huawei#PC#Matebook#RD Reviews