We Ask YTL Comms CEO: Why Is It Taking So Long for 5G to Rollout in Malaysia?

Talk of 5G in Malaysia dates back all the way to 2019, but 3 years on, we're still nowhere close to full 5G rollout even in major cities like KL, Georgetown, or Johor Bahru.

The Timline Of Events

If you're unaware about the timeline of events that have led to this delay here's our bad recap version: basically, Gomen A wanted to rollout 5G by 2020, then Gomen B surprise attacks and says "No, upgrade 4G so we can discontinue 3G".

Then Digital Nasional Berhad (DNB) was established in March 2021, owned by Gomen B. The entitiy is responsible for the rollout of 5G through a wholesale network, i.e., DNB provides 5G connectivity to all telcos and telcos buy from DNB at a wholesale rate.

Currently, most 4G towers are owned and operated by the Big 4 telcos (Maxis, Digi, Celcom, UMobile) and they have the right to charge what they want for people who want to connect to 4G through their towers. DNB's rollout on the other hand, would require all telcos to adopt one singular source for 5G, i.e., through DNB's cell towers.

Naturally, this sparked some lively back and forth between telcos and DNB over the terms of everyone sharing one singular network, but finally, an agreement has been struck between six telcos in Malaysia who will all share equity stake in DNB (30% government, 11.67% each for 6 telcos).

Now that we're all in agreement (well, almost, since the announcement, there has been no official word on the terms of the agreement), what's keeping 5G towers from being built all over the land and replacing 4G overnight?

What is Stopping 5G Rollout Nationwide?

To answer this question, we sat down with the CEO of YTL Communications, Wing K. Lee whose YES network was one of the first to rollout 5G in Malaysia. 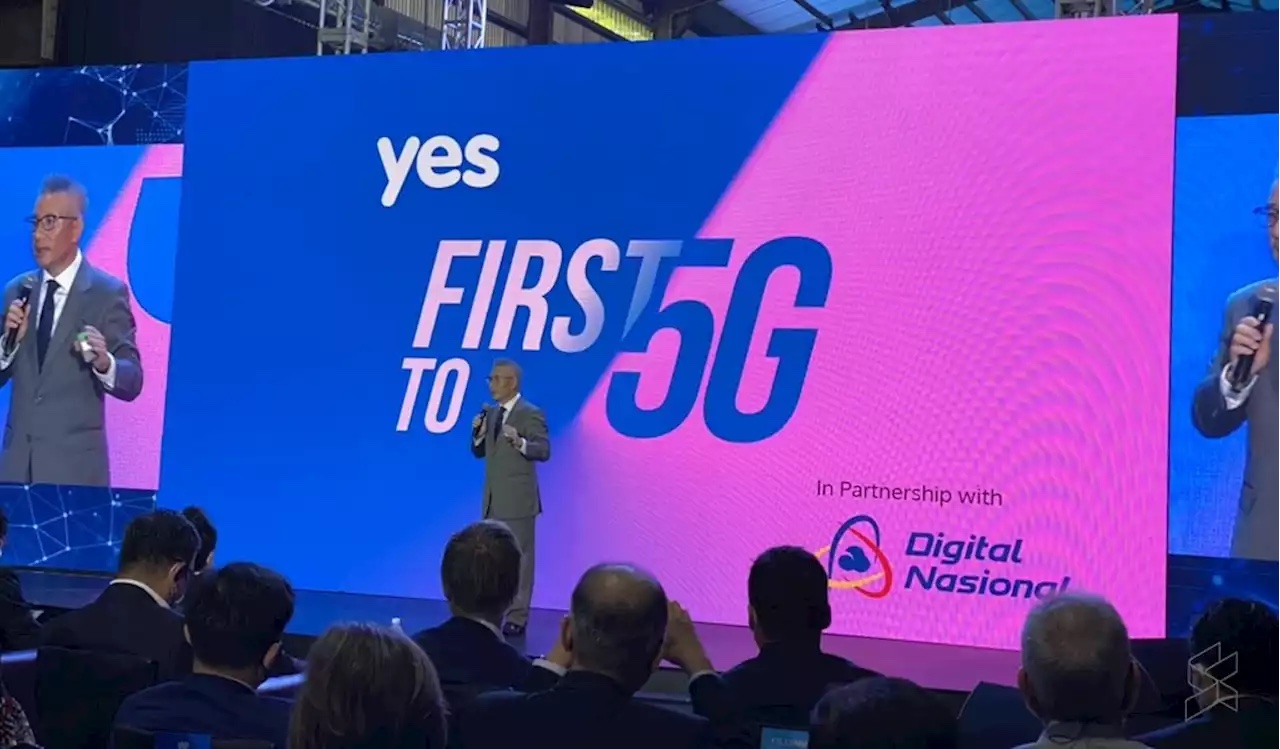 "Firstly, I would like to recognise that the DNB team have done a very good job in such a short time to set up the company, run the tender, award the tender, and now literally 11 months after (after May 2021, the date where the tender to build 5G towers was awarded to Ericsson) we have so many 5G towers running in the country already—close to a 1,000.

"The average speed of 5G on DNB's network through our YES sim card is 665mbps (4G stands at an average 40mbps)) so I think this is a day that Malaysians should be proud of," he says.

As fast as 5G is, many Netizens have rightly pointed out that without a reliable connection, blazing fast YouTube streams at 4K cannot compare to consistent connectivity to Waze wherever you go. It's at this point that we ask Wing, what's the hold up with the 5G towers.

Can't we send Ericsson out into all the land across Malaysia and setup these towers so that all the telcos can begin using the towers and Malaysians immediately get a connection?

"Network coverage is not a static thing, it's not like this is it (as in the current state of 5G coverage). They keep building new sites every day and this is what these DNB guys are doing every day. Give these guys some credit, they've been working hard for the country putting sites up every day," he shares.

And how does YES, help DNB?

"Our towers: we let them deploy (5G) on our towers if it's appropriate. They decide. Ultimately, we don't tell them where to go, but we tell them 'These are all our towers, if we can help you, go ahead'".

Wing shared that there were only 100 sites with 5G towers in December 2021, 6 months later (when we interviewed him), there are 1,000 sites and DNB is planning to complete 4,000 sites by year's end, which will provide coverage to about 40% of the nation's population.

Given that the big four telcos have the lion's share of radio towers around the country, it seems logical that if DNB were given access to these towers, coverage could be provided faster.

Since the 5G radio is network-agnostic, no matter what carrier you're on, your 5G connection will be the same from these towers.

What else is can stop the 5G tower from being built?

In this case, the speed of rollout is affected by whether or not DNB has access to a site to build the 5G radio. Besides local councils, DNB also has to contend with residents in the area who may oppose a 5G tower being built for whatever reason. You know, like how some people believe 5G caused the Coronavirus.

So in summary, 5G has taken its sweet time in Malaysia because of three factors: lack political will, slow buy-in from major telcos, and bureaucracy at the street level.

All that said, we think there's a bigger question we should be asking:

What can 5G actually do?

Every other day there's a story about students attending exams on top of trees or attending lectures in their cars so the need for people to have an Internet connection is not in question.

That said, the RM16 billion question is this: Why do we need 5G now and what will it do for our nation?

In a Tweet, the Minister of Communication Annuar Musa showed off 5G speeds of up to 1,000mbps, asking if Malaysians were ready for the future. 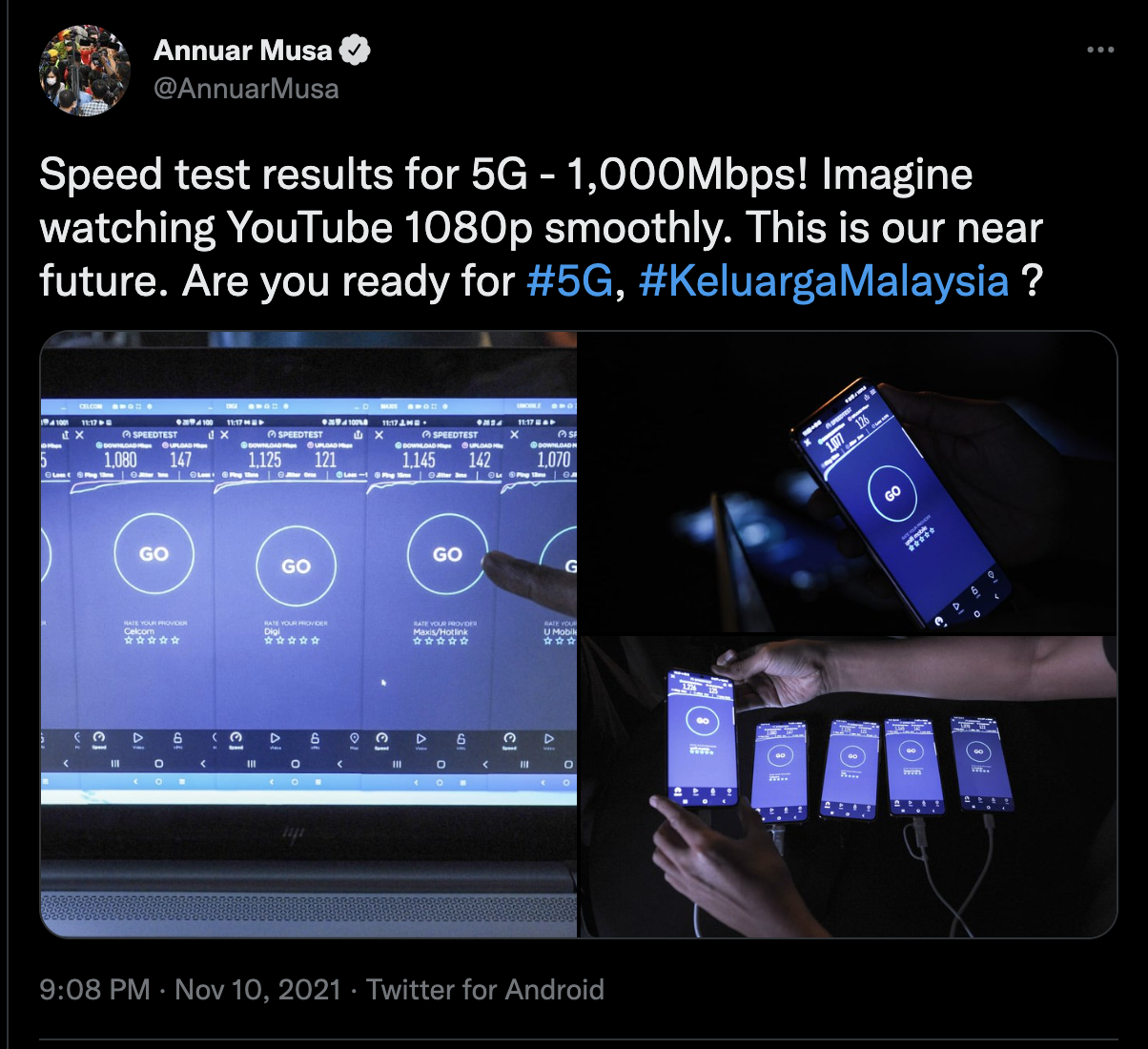 This was not received well by Netizes who complained about existing 4G connections that were unreliable. Clearly, people didn't seem very keen to upgrade to a faster connection when getting any connection at all outside of town is a bigger problem.

While driverless cars and autonomous robots are pretty-sounding propaganda often peddled by 5G evangelists, it has very little impact on the average Malaysian.

To the man on the street, is a 1080p YouTube video worth the upgrade to 5G when you have to switch your mobile plan and potentially buy a new phone just to take advantage of 5G?

And don't even get us started on phones that are currently compatible with 5G. The fact that certain phones support certain bands of 5G alone is enough of a headache without counting the cost to purchase a new phone.

At what cost do we adopt 5G and is it actually worth it right now?

Unfortunately, we don't have the answer to this. The narrative of super fast downloads cannot beat against the constant drumming of Malaysians who just want stable connections wherever they are, affordable data and call plans, and frankly, an end to the ridiculous and duplicitous Fair Usage Policy (that allows telcos to use the word Unlimited in their advertising).

For this writer's money, if 5G can finally give the FU to the FUP, he's on board.
#5g#DNB#YES#YTL