Alicia Corbett
If you’ve never heard of Hakken, they are 24-years old and hail from Miri, Sarawak. We use the pronoun they as when they were asked their preferred pronoun on Instagram, they replied "I'm okay with any pronouns". Since gender pronouns and gender identity has been a sore subject for Hakken, we're going to just use they, them, or their.

Hakken is known for accurately portraying cosplay characters such as Gojo Satoru from the manga Jujutsu Kaisen–among many other characters. 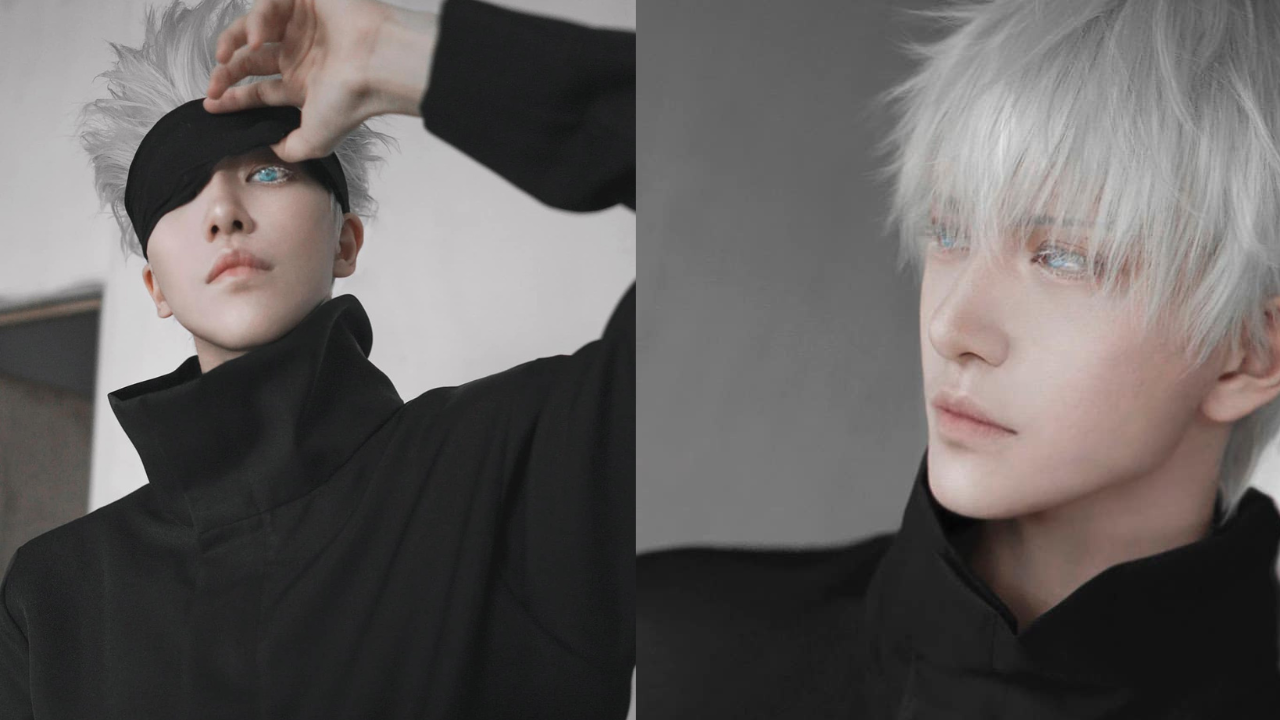 Also known as Hakken Ryou, the Malaysian cosplayer and model has amassed more than 5 million fans on social media including 3.6 million followers on Instagram and 1.5 million followers on Facebook. Although Hakken may appear to have a male appearance, they identify as agender and is in fact biologically female. Known as ‘cosplay royalty’, Hakken is signed to Philippine esports and entertainment brand Tier One Entertainment.

The crowds came in droves to see Hakken at Pavilion KL as there was an event in conjunction with the 11th anniversary of Pavilion KL’s Tokyo Street. There were numerous Japanese-themed activities held on 30 & 31 July 2022 including AniManGaki which is Malaysia’s largest animation, comics, and games convention.

While one might expect some interest around the activities, casual shoppers, however, would have been astonished to see large crowds chasing after someone flanked by bodyguards walking through the mall. We counted at least ten bodyguards protecting them while fans rushed for the opportunity to catch a glimpse or take a photo of them.

It was none other than Hakken, who was in town for a meet-and-greet event with fans. While the concourse area of Pavilion has been graced by the likes of Korean celebrities such as Park Bo Gum and Song Joong-ki in the past, the area was again filled with thousands of fans who were there for the event.

Clad in a chic all-black outfit for the second day of the fanmeeting, Hakken smiled and waved to the screams of adoring fans.

[30 - 31/07/2022] Hakken Tokyo Street Anniversary 2022 Special Appearance@HakkenRyou My weekend were so wonderful!Despite didn't got the chance to grab m&g slots but so lucky enough to watch Hakken from this close ?❤️
see u next time!#HakkenAtPavilionKL #Hakken #HakkenRyou pic.twitter.com/EKtxKEkHTJ

Fans were extremely excited to see Hakken after a drought of activities due to the pandemic and several fans shared photos and videos online of their encounter with them. Hakken also recently appeared during the Anime Fest! at Paradigm Mall in May.

This lucky fan even managed to find out from Hakken that they might be holding a solo fanmeeting this year or early next year.

It's clear that Malaysia does not lack fans of the iconic cosplayer and it's all the more astonishing that a Malaysian is able to break gender barriers and gain such fandom. Congrats on your success Hakken!