Be Warned, Stubborn Anti-Vaxxers! The Health Ministry Will Be Coming After You

Be Warned, Stubborn Anti-Vaxxers! The Health Ministry Will Be Coming After You

RD Minion
At present, more than 67 per cent of the entire population in Malaysia has been fully vaccinated.

With Malaysia aiming to achieve her immunity by the end of the year, the government wants to vaccinate as many people as possible by then.

Which means that those who are refusing to take their vaccines, beware.

Health Minister Khairy Jamaluddin has warned that his Ministry will be going after those who refused to get themselves vaccinated against COVID-19.

He told New Straits Times that it has reached a point where there's more vaccines available than the number of people queuing up at the vaccination centers.

According to Khairy, most of the PPV centers are still operating, but are almost empty. 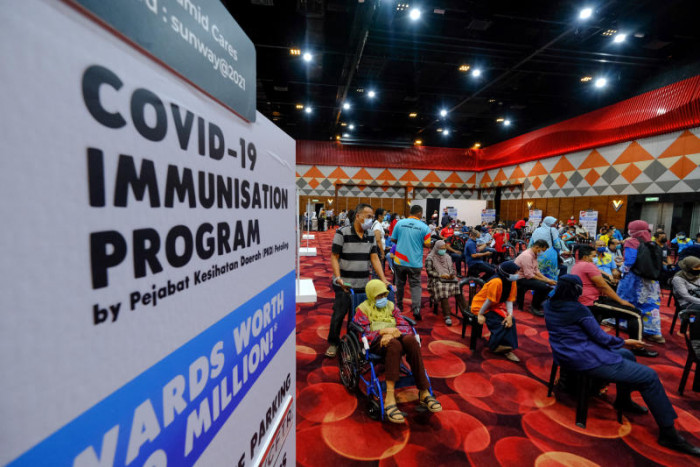 "We have done our best and sent out as many (vaccination) appointments as possible.

"At the moment, most of the PPVs are almost empty. So we will track down people who are 'degil' (stubborn).

"We must track, find and go to them," he was quoted as saying.

If you're one of those people who are still refusing to get yourself vaccinated, consider this your last warning.

Don't wait until the authorities come knocking on your door and drag you to the vaccination center.

At the time, Muhyiddin said the decision was due to be made by September.

"So, when we have analysed (and) if the percentage is very small, then it is not worrying... but if it is big, we have to find a way whether to (make it) mandatory under the existing legal provisions. It will be decided by the government within this month or next month," he was quoted as saying at the time.
#Malaysia#Health#COVID-19#Malaysia#Health#COVID-19#vaccination#Vaccine#medicine