The police too salty?

RD Minion
Turkish restaurateur Nusret Gokce, better known as Salt Bae, made a name for himself for his unique style of seasoning meat.

His popular method of sprinkling seasoning onto his food has been widely imitated all around the world ever since a video of him doing so went viral back in 2017.

However, that method recently got a beef noodle seller in Vietnam in trouble.

In the video, Bui can be seen ceremoniously slicing boiled beef and flamboyantly sprinkling green onions into a bowl of noodle soup ala Salt Bae.

While the 38-year-old told the news agency that he wasn’t sure if he was summoned by the police due to the parody video, he explained that his intention was not to mock any individual.

Instead, he said the video was made to promote his shop.

“The video I made was for fun and for advertising my beef noodle shop. More customers have been coming since I posted it.”

While it may seem like a harmless gesture, Bui's case came in light of a scandal involving Salt Bae and Vietnam's Minister of Public Security, To Lam.

Early November, Salt Bae uploaded a video of him feeding To a piece of gold leaf encrusted steak at his London restaurant. 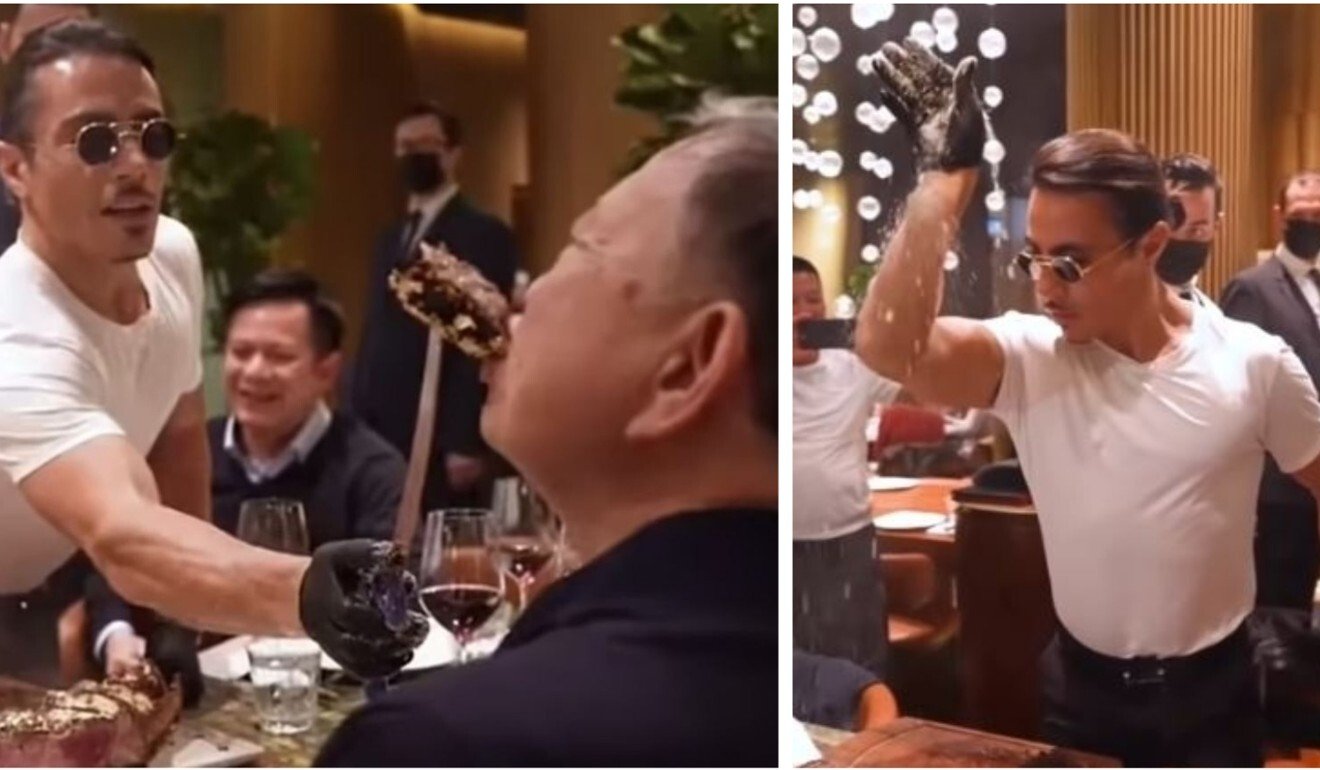 Salt Bea later removed the video from his Tik Tok account, not before he created a firestorm in Vietnam.

Images of To Lam's golden dinner caused a stir both on and offline in Vietnam, with many questioning how a high-ranking Party official allowed himself to be filmed indulging in such expensive food amid a state crackdown on corruption.

The authorities in Vietnam are routinely summoning activists and those who publicly criticise the ruling Communist Party for questioning.

Poor Bui Tuan Lam. We hope that he didn't get into too much trouble with the authorities.