It was an eye-opening night indeed

While the controversy surrounding the open-mic ‘performer’ at the Crackhouse Comedy Club has barely died down, the organisers behind the Kedah Fashion Week have now come under scrutiny from the Malaysian public and the authorities.

Most people may be familiar with KL Fashion Week, which provides a platform for Malaysian-made fashion items but mentions of Kedah Fashion Week surprised many Twitter users who found it hard to believe such an event even existed. The event was held for three days at the Aman Central Mall in Alor Setar from 5-7 August. 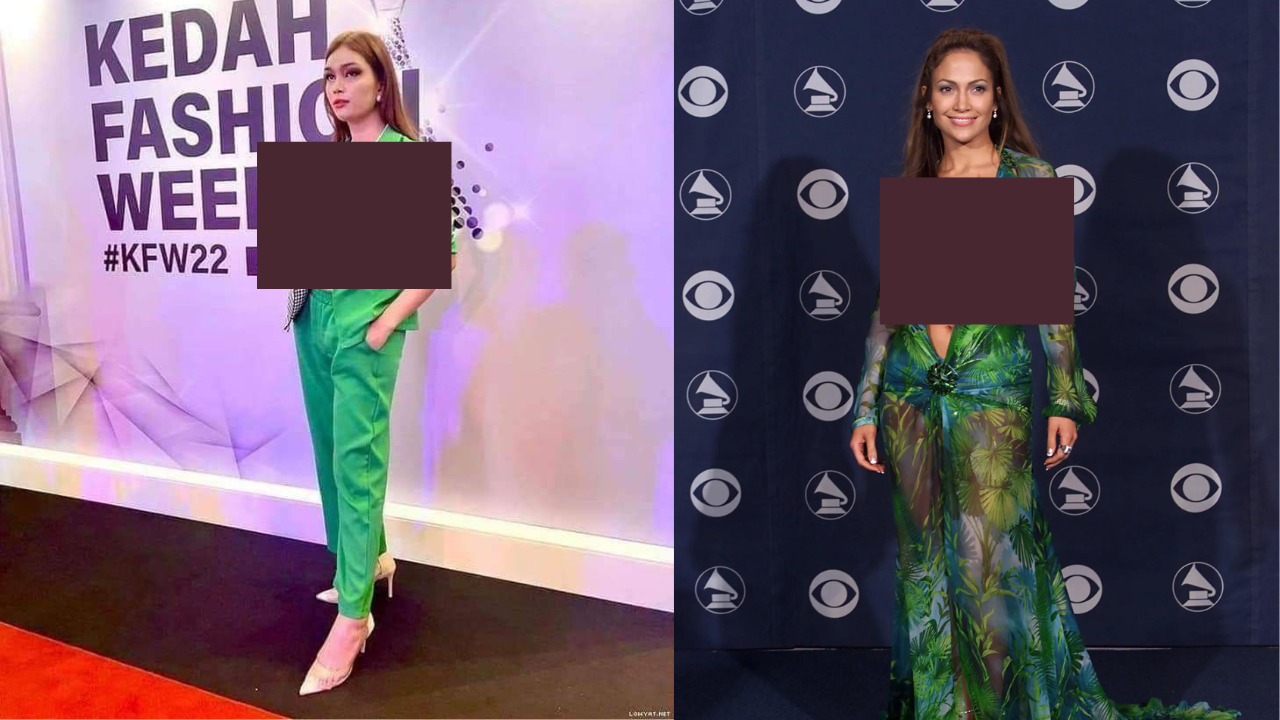 What was supposed to be a celebration of fashion and creativity has instead focused on a single controversial guest who turned up for the event.

Images started circulating on social media of a woman at the event, wearing green pants paired with a green jacket that was left unbuttoned sans bra and shirt and posing in front of posters of the event.

The outfit brings to mind Jennifer Lopez’s iconic green Versace dress which made headlines back in 2000 that was even considered bold by Western standards.

The images have shocked Malaysian social media users, who were left “speechless” at the guest’s attire as it may have been more appropriate for Milan Fashion Week.

The event organisers came under investigation by the authorities as a statement was posted online by the Kedah Health and Local Government Committee chairman Dato' Dr Mohd Hayati Othman stating that he had received a complaint that an indecently dressed model had appeared at the fashion show.

He also stated that “The organisers did not apply for a permit nor did they receive permission (to hold the event) from local authorities.”

The mall Aman Central then uploaded an official statement to their Facebook page saying, “We wish to clarify that (the) management did advise all guests to wear properly, however the challenges were insurmountable, hence we would like to apologise that we have missed out to screen all guests during the show.

“We at Aman Central want to confirm that we have indeed applied for all permits and are grateful to all for the overwhelming support during the entire Kedah Fashion Week 2022.” They also stressed that they would reinforce their procedures to prevent such incidents from happening again.

After a swift investigation, Dato' Dr Mohd Hayati Othman then followed up with another media statement that it has now been clarified that the individual in question was not an actual participant of the event.

In the statement, Dato' Dr Mohd Hayati Othman continued to say that the person was a ‘maknyah’ or a transgender woman styling herself as a model who took pictures and uploaded them to social media of her own accord.

Apparently, it was an individual act by the so-called ‘model’ who posed in front of the posters after the fashion show ended.

He added that the state was also considering the enhancement of by-laws related to entertainment and shows to reflect Kedah's culture and norms. He also mentioned that the state would be taking necessary action against the individual.