Alicia Corbett
The KL-born designer Melinda Looi has received local and international acclaim for her work in the fashion industry and is known for her avant-garde, bespoke designs.

She notably presented the First Asian 3D Print Fashion Show back in 2013, creating visionary pieces of art like a skirt made of ‘peacock feathers’ that were actually printed using 3D technology.

She recently posted a TikTok of her making an ‘unforgettable dress’, even showing the process of cutting up material only to pan into shots of her working with…hair? It may sound odd, but the final product was visually stunning when worn by singer Aina Abdul who is no stranger to eccentric outfits or courting controversy, having previously worn a ‘church nun’ head scarf.

Aina Abdul is also known for her extraordinary vocal abilities and first rose to fame on the reality show ‘Mentor Legend’. She has since made waves abroad, with her song ‘Fool’ receiving airtime on a Japanese radio station and even appearing in a digital billboard ad by Spotify in Times Square, New York. 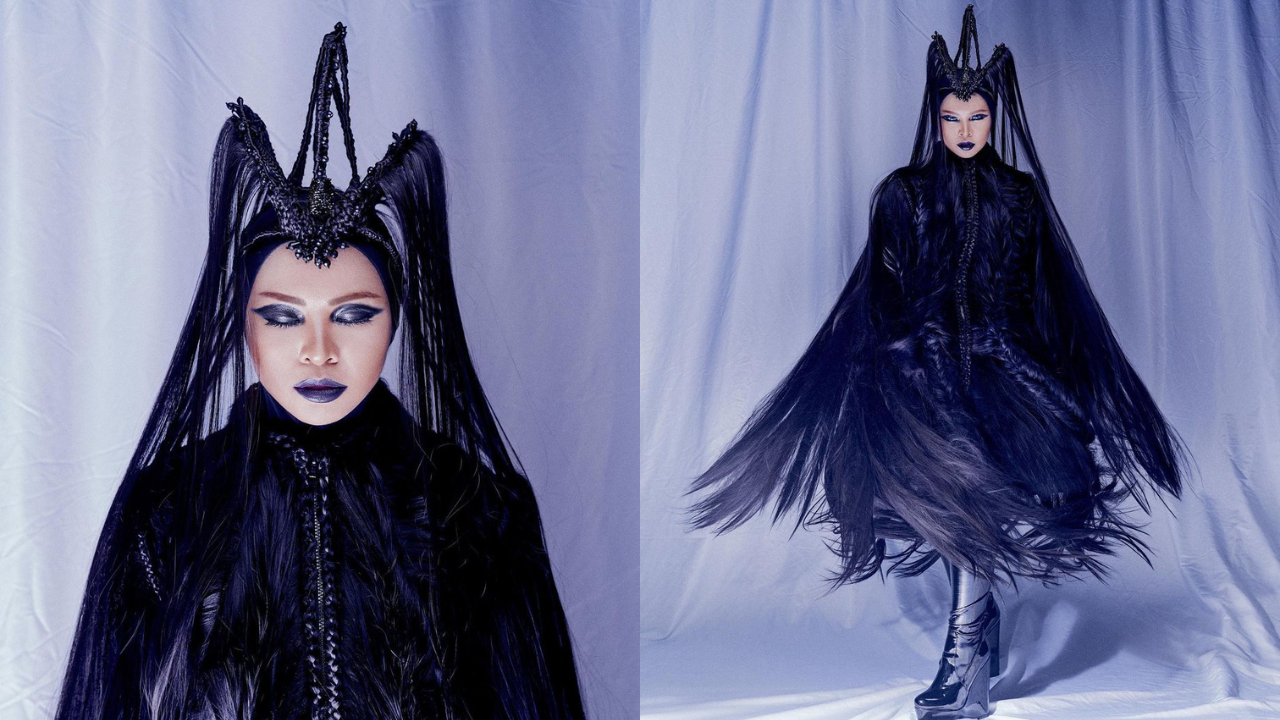 The uhh…’hairy outfit’ and elaborate headpiece, which was worn by the artiste during her sold out concert ‘A Night With Aina Abdul 2.0’, stunned her audience and was reminiscent of Angelina Jolie’s Maleficent in the films. She revealed that it was created after discussions with her stylist, Abu Shaef Hamza.

According to him, he wanted her to channel the vibe of a brave and strong Indian bison and was created using 143 pieces of actual human hair. Aina mentioned “I am so happy it turned out like this successfully, I hope everyone will love this outfit as much as I do.”