Iylia Adreena
If you’re a true movie buff, there’s no better feeling than visiting the locations where your favourite movie was shot.

New Zealand is a must-go for ‘The Lord Of The Rings’ fans, and if you loved ‘Jurassic Park’, you must visit Hawaii.

But if you don’t want to fly so far, one place you should visit is Macao, as it has become one of the most popular destinations for movie buffs.

Since the 1970s, some of the world’s biggest movie stars such as Jesse Eisenberg, Mark Ruffalo, Simon Yam and yes, even Bruce Lee, have stepped foot in Macao to film some of the most memorable movie scenes in film history.

Here are five iconic filming locations you need to visit in Macao: 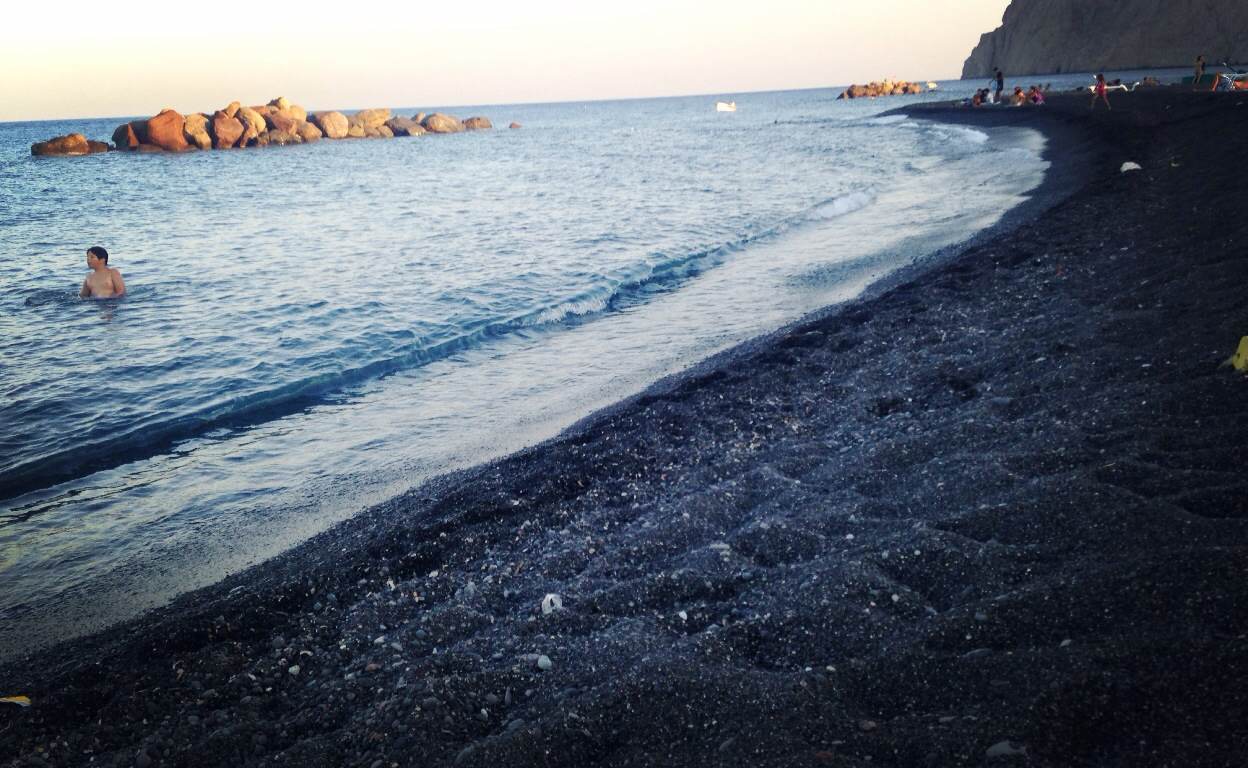 Hac Sa Beach, which literally translates to ‘Black Sand Beach’ in Cantonese, is the largest natural beach in Macao. Situated in Coloane Island, the beach is famous for its black sand. Oh, in case you’re wondering why the sand is black, don’t worry; it’s not because it’s dirty or something. The dark colour actually comes from the minerals in the water, which comparably lighter than other volcanic beaches like those in Hawaii.

Hac Sa Beach made an appearance in the Hong Kong blockbuster ‘Unbeatable’, when the lead actor Nick Cheung, who plays a golden belt boxing champion, took his training to the beach. If you, like us, likes to check out random streets and back lanes, then you have to visit Rua do Cunha. It is a narrow and bustling pedestrian street located in heart of the Taipa village. Rua do Cunha is home to plenty of famed old restaurants that offer traditional cuisines and desserts. You could also shop till you drop, as there are plenty of shops selling unique souvenirs.

Rua do Cunha appeared in a fight scene in the Hollywood movie ‘Now You See Me 2’, starring Jesse Eisenberg, Mark Ruffalo and Woody Harrelson. How often can you say that you’ve walked the same soil and breathe the same air as Bruce Lee? Once a residence of a wealthy Portuguese businessman, the Luís de Camões Garden is now a popular tourist spot. It is the oldest park in the territory, and arguably one of the largest as it covers 20,000 square meters of space.

Legendary martial artist Bruce Lee famously dropkicked a sign that reads “No Chinese and Dogs Allowed” at the entrance of the garden in the classic film ‘Fist Of Fury’, so yeah, the Luís de Camões Garden is pretty iconic if you ask us. If you consider yourself a bit of a history buff, the Travessa da Paixão is a place you must visit. Dating back to 1925, Travessa da Paixão is a small little lane is filled with history. This street is no more than 30 meters long, but it is one of the most Instagram-worthy spots in the whole of Macao. It is also known as ‘Love Lane’, so don’t be surprise if you see couples taking wedding photos there.

Just like the Luís de Camões Garden, Bruce Lee also filmed some of his most iconic fight scenes at the ‘Love Lane’ in the film ‘Game Of Death’. PS: wear a yellow jumpsuit when you take pictures here. Old school movie fans will love you for it. Located near Penha Hill, Lilau Square is part of UNESCO’s World Cultural Heritage list since 2005. Lilau Square used to house of the earliest Portuguese residential quarters in Macao, and it is evident by the Portuguese-style architectures and art deco design you see at the square.

Some of Hong Kong’s biggest stars such as Anthony Wong, Simon Yam and Francis Ng filmed several memorable fight scenes in the move ‘Exiled’ at Lilau Square, so this is a must-visit spot if you’re a fan of Hong Kong movies.

You see, guys, Macao is a great place to visit if you’re a movie buff.

In fact, there’s more reason to visit Macao in December.

That’s because the 4th International Films & Festival Awards. Macao (IFFAM) will be taking place from 5 to 10 December, which means that there are plenty of opportunities for you to go celebrity-spotting.

This year, award-winning Hong Kong director Peter Chan will be Jury President of the Competition, while acclaimed actress Carina Lau and K-pop singer Suho of EXO will be appearing as talent ambassadors. Not just that, this year’s festival will see a total of 50 feature and short films from the East and the West vying for awards, so you’ll be in for a treat.

You can catch some exciting, critically-acclaimed movies such as ‘Bellbird’, ‘Bombay Rose’, ‘Homecoming’, ‘Lynn+ Lucy’ and ‘Two/One’, as well as ‘Jojo Rabbit’, a satirical black comedy film that won the People’s Choice Award at the Toronto International Film Festival.

The IFFAM was created to celebrate the extraordinary contributions of filmmakers to the Asian film industry, pay tribute to classic films that changed the movie industry and at the same time, showcasing Macao as a popular international tourist destination.

For more information, click on the link right here.

Now that we’ve got you all excited, you can book a flight to Macao with everyone’s favourite low-cost airline AirAsia. That’s right; AirAsia offers daily flights to the gorgeous city of Macao daily from as low as RM299, make sure you log in to airasia.com and enjoy BIG member fare.