[REVIEW] 'Dune' Leaves You Wanting More And As Soon As Possible

It also has many pretty people and places.

RD Minion
After months of not being able to watch movies in the cinemas, we're now spoilt for choice with many highly anticipated movied being released.

'Dune' is one of them, especially for book nerds who grew up reading the 1965 science-fiction novel by American author Frank Herbert.


Even for those who haven't read the books, the movie is one on the must-watch list.

With Oscar nominee Denis Villeneuve ('Arrival,' 'Blade Runner 2049') directing the moving and an impressive cast which includes Oscar nominee Timothée Chalamet, Rebecca Ferguson, Oscar Isaac, Josh Brolin, Stellan Skarsgård and Dave Bautista to name a few, that's a lot of great talent in one movie, and that's excluding the crew that did a fantastic job in many ways. Set thousands of years in the future, 'Dune' tells the story of Paul Atreides, a young man propelled by fate into an intergalactic power struggle. The son of beloved, embattled ruler Duke Leto and powerful warrior priestess Lady Jessica, Paul will be given the ultimate test: to conquer his fear when fate—and powerful unseen forces—pull him inexorably to the sands of the remote planet Arrakis.

Arrakis—home to an indigenous human civilisation called the Fremen and known to these natives as Dune—has been fiercely contested for generations. Humanity fights for control of the Spice, a rare, highly valued, mind-expanding natural resource upon which space travel, knowledge, commerce and human existence all rely.

But those seeking to harvest the Spice must survive the planet’s inhospitable heat, hurricane-strength sandstorms, and monolithic sandworms that are justly feared with the kind of reverence usually reserved for gods. The short answer is yes.

The movie has all the good stuff - political intrigue, a confused hero learning and trying to come into grips with a destiny that's much bigger than him, family ties, betrayal, redemption and much more.

The pace is a little slow, which is understandable since this movie is only the first of two parts and there's a lot of introduction to the characters, worlds, politics, language, etc. It's only the beginning, which TBH, we wish we knew before we watched the movie.

Now we have to wait god knows how long to know what happens next. 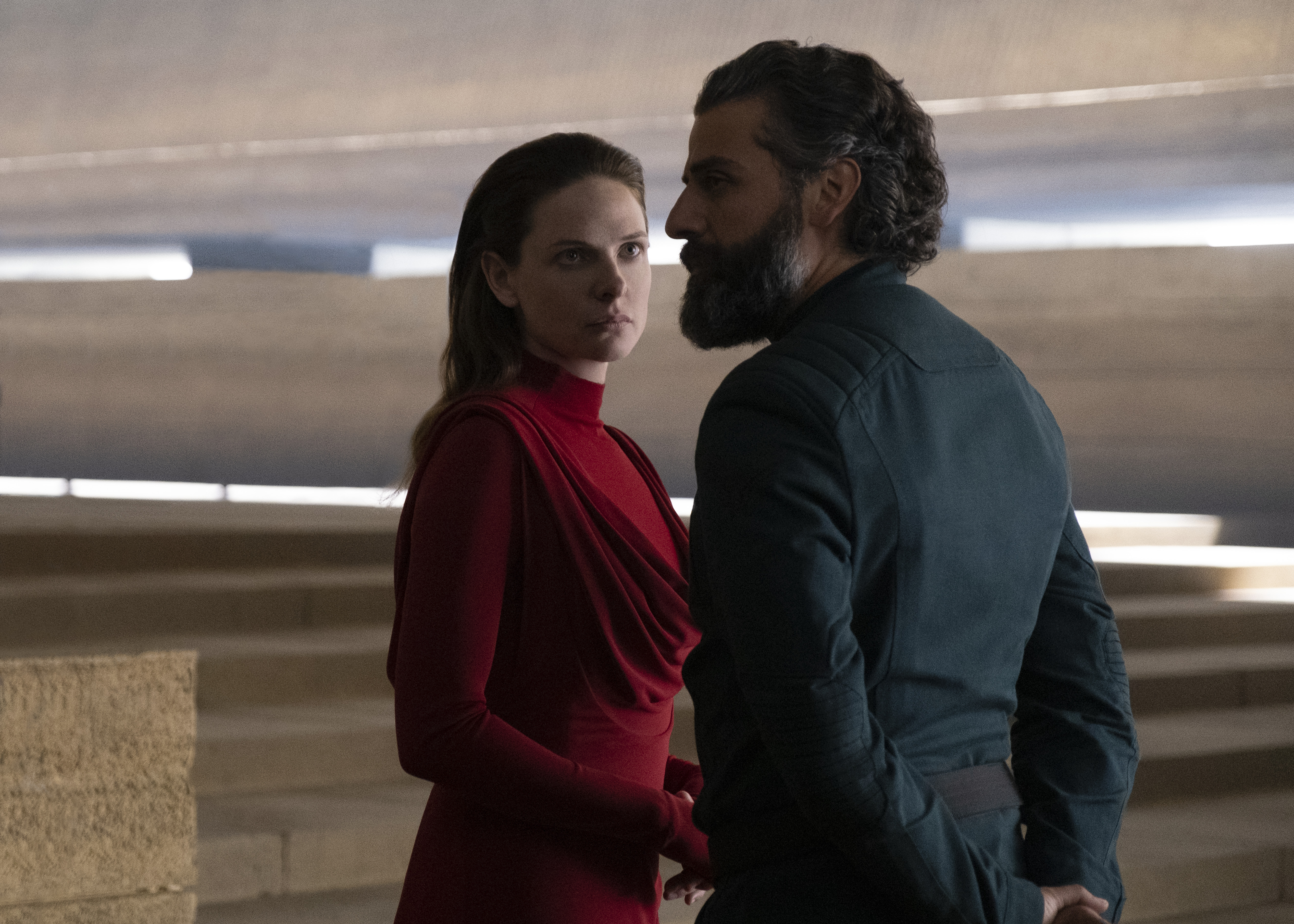 The cinematography in the movie is absolutely beautiful. Together with the background score, the aesthetics of the movie sets the mood for the plot in a way that made it hard for us to peel our eyes off the screen.

We're going to take the risk of being called out for being shallow, but the cast is also very beautiful. Sorry, but with so many gorgeous people like Timothée Chalamet, Rebecca Ferguson, Zendaya, Jason Mamoa, Oscar Isaac and others on screen, it's kinda hard not to notice.

It was also quite refreshing to watch Jason Mamoa all cleaned up and somewhat less "barbaric" than how his characters usually are despite playing a warrior in the movie. But that's neither here or there.

Back to the movie, we also have to say that the set and technology portrayed in the movie made us want to head to a bookstore right after the movie to get a copy of the book so we could see how the original author described everything in it.

We've been told that 'Dune' is not an easy book to read but if it's anything like the movie, it'll definitely be worth it. If you love science fiction, politics and reluctant hero plotlines, 'Dune' movie is definitely for you.

If you're fully vaccinated and are OK with going to a cinema, we suggest that you watch it on the big screens. For someone who is more of a reader than a watcher, it helped to watch it on IMAX.

For some reason, we found the slow pace of the movie more bearable when we could see worlds presented so vividly and the superior sound system helped too.

We really can't wait for part two to be released as the end of the first part seem to set us up to expect more action in part two. Keeping our fingers crossed the second movie will live up to the expectations the first one created.