Did You Know: Malaysia Held the World Record for Largest Production of Tin in 1903?

Leong Fee, a Chinese immigrant, was responsible for the title

If you paid attention in history class in secondary school, you may remember tin mining was one of the main economic industries in the country and that the tax made from the tin mining industry used to be its greatest source of income.

‘Towkays’ who owned tin mines were virtual millionaires which made Ipoh, Perak that was rich in tin, known as ‘The City of Millionaires’. Meet Liang Pi Joo or Leong Fee as his name is pronounced in Hakka. He was a Chinese immigrant who landed in Perak by way of Penang where he began his career in tin mining as a clerk.

Seeing the potential in tin mining, he opened Tambun mine in 1902 and was actually offered USD8 million at the time for his mine (about USD271 mil today with inflation). He wisely refused the offer and in 1903 the Tambun mine held the world record for the largest production of any tin mine in the world!

By 1904, Malaysia was producing 50,000 tons of tin annually, more than half of the world's output to meet the growing demand from Europe. And, if you remember anything about Sejarah at school, you know that the British are coming to "help" now that they've seen the success of tin mining.

According Economic History Malaya, in 1912, 80% of Malaya's tin production was under Chinese managment, but by 1931, British firms accounted for 65% of total tin production. The tin mine industry also made a name for itself in Selangor with the largest open cast mine in the world at the time being dug at the Hong Fatt Mine. This mine was opened by Chinese immigrant Chan Wing. You may not recognise him but the house he built in KL for his 8 wives and 226 children is now the Istana Negara, or Royal Museum on Jalan Istana. 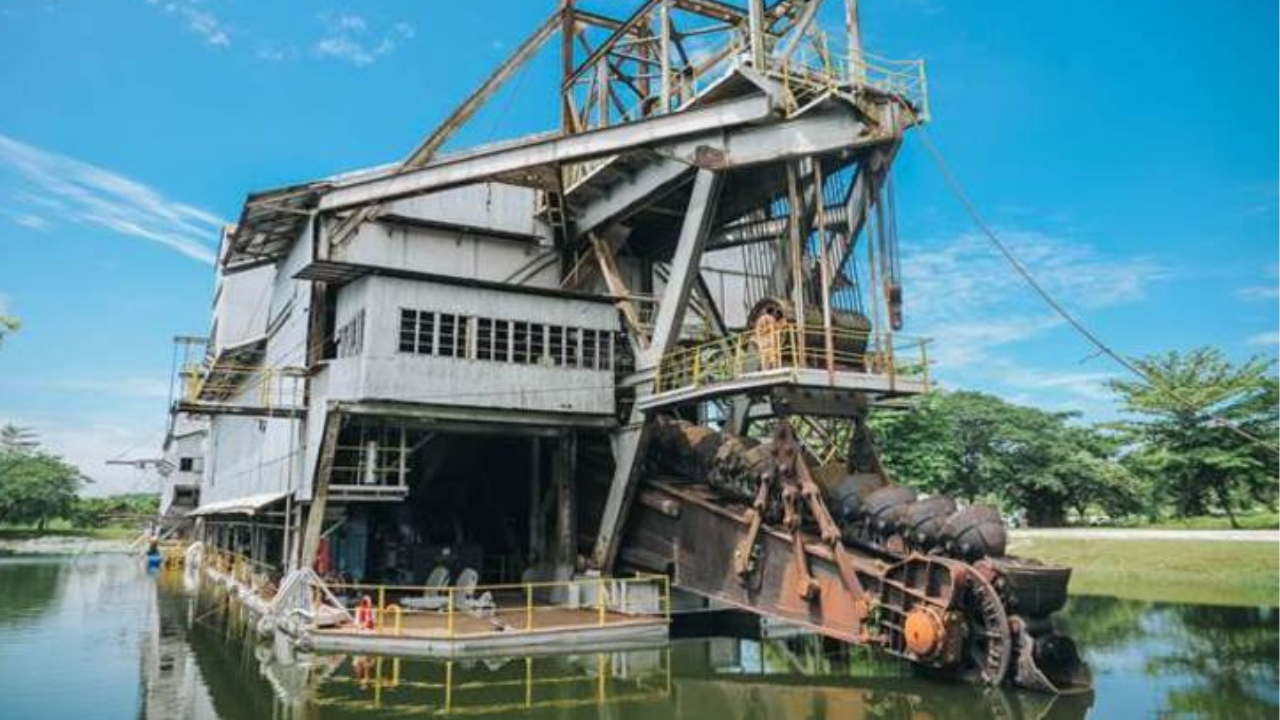 Being a non-renewable resource, the only tin dredge left in the country is in Perak is non-functioning Tanjung Tualang Tin Dredge or TT5 which has been turned into a tourist attraction.

That’s it for your history lesson for the day! DM us or email [email protected] with any other interesting local facts from the past you know.