Will be written by 'House Of Cards' creator.

RD Minion
We know a lot of people have been saying that the whole 1MDB scandal can be turned into a movie.

Well, we're getting our wish - sort of.

According to the report, the series will be based on the book 'Billion Dollar Whale: The Man Who Fooled Wall Street, Hollywood, and the World'.

The miniseries will focus on the life of the 40-year-old, as well as the state investment arm. While the TV series doesn't come as a surprise, the amount of big names attached to the project is kinda surprising.

The upcoming series will be created and written by the creator of the award-winning Netflix series 'House Of Cards', Beau Willimon.

Not only that, Malaysia's very own Michelle Yeoh will be serving as a producer for the show. The untitled miniseries will also be co-produced by SK Global, the entertainment company that previously financed 'Crazy Rich Asians'.

Other than the announcement, nothing much is known about the project.

But one thing is for sure though; we can't wait to catch it on our TV screen.

Earlier this month, Jho Low made the headlines once again when popular model Emily Ratajkowski revealed in her memoir that the 40-year-old financier paid her USD25,000 (RM103,882.93) to accompany him to the Super Bowl, Daily Mail reported.

Ratajkowski made the revelation in an interview with UK’s Sunday Times Magazine to promote her memoir 'My Body'. 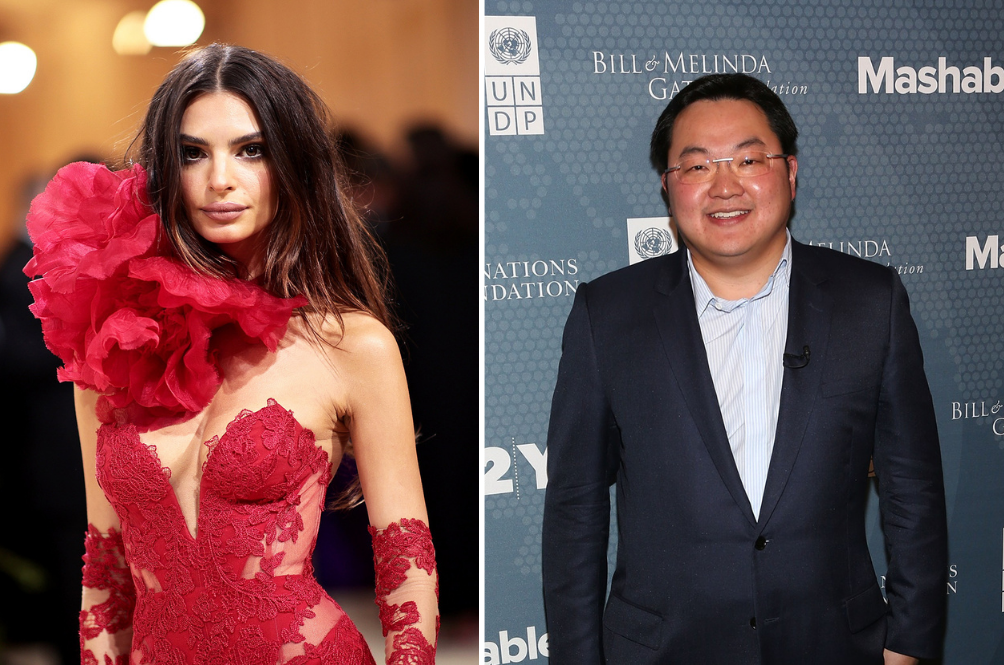 Despite being paid to attend the sporting event, it seemed like the 30-year-old didn't really enjoy her time with Low.

Ratajowski told the publication that she had no idea on what was expected of her during her outing with the disgraced banker.

According to the interview, “she was unsure of why she was there, how long she had to stay and who her agent had to check with at the end of the night to find out whether she could leave”.

“I was on the clock,” she was quoted as saying.

However, Ratajowski did not mention which edition of the Super Bowl she attended with Low.