The two got a bit too deep into character

Alicia Corbett
Cosplay events are becoming more frequent in Malaysia and there are cosplayers like Hakken who do it so well that they have amassed millions of followers on social media. However, two cosplayers who took their cosplaying to the next level with fake guns found themselves in hot water instead as they were arrested by the police.

The police released a statement about the pair stating that on 17 September 2022 at approximately 4.30 p.m., the Petaling Jaya district police received a report about two men who were dressed in tactical gear with imitation weapons in conjunction with the ‘Let’s Anime Cosplay Event’ that was held at the Atria Mall, Damansara Jaya.

The police managed to arrest the men and seized a M4 rifle, a Glock handgun, and two hand grenades, all of which were fake. The two men were found to have no prior criminal records.

The case was investigated under section 36(1) of the Weapons Act 1960, which carries a jail sentence of no more than a year, or a fine of RM5,000, or both if found guilty. The two were  detained for a period of three days until 20 September.

The police also advised the public not to buy or own any imitation weapons because it is against the law and to call the police immediately if they should spot anyone owning them in the future.

However, a Facebook user has taken to the social media site to share their side of the story. According to them, their friend was one of the two that got arrested and they got the story from another friend who witnessed the incident.

Apparently, the man and his Palestinian friend were sitting near the entrance when a security guard secretly took a photo without their permission and reported it to the police and was told to do so by one of the event organiser’s staff. 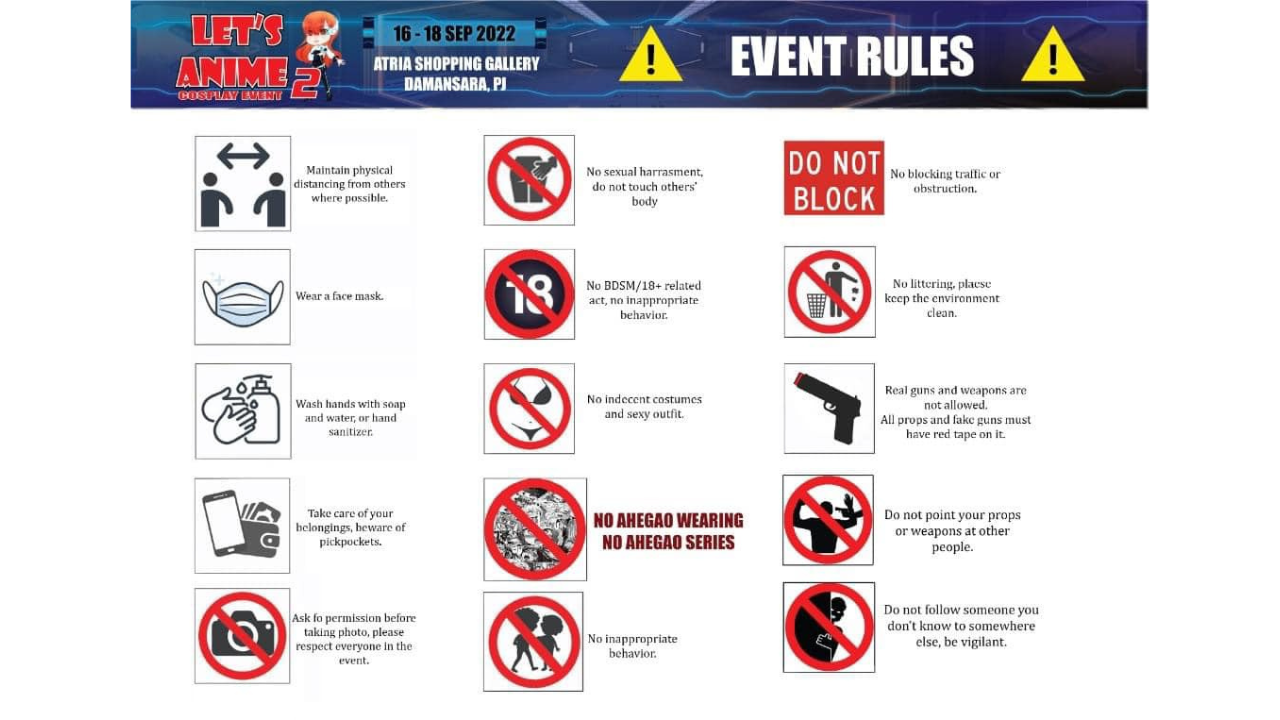 He elaborated that the man had allegedly asked the event organisers a day earlier if he could bring the fake weapon and the organisers said they could, just that it had to be taped with red tape.

The organisers had also previously posted the event rules that stated ‘Real guns and weapons are not allowed. All props and fake guns must have red tape on it.’ Also according, to him, six more people were arrested along with them, but this was not reported.

We have no way of knowing if this is true and if the imitation weapons had red tape on them as the photos were blurred.

There is no word from the organisers on this incident as of the time of writing.