Cho Gue Sung truly made it ‘the beautiful game’

Last month, we covered the best-looking footballers to look out for at the ongoing FIFA World Cup Qatar 2022. Amongst the hotties on our list was Son Heung Min, who has been touted as one of the best Asians in the sports of all time and is the highest-ranked Asian player in the men's Ballon d'Or history. The South Korean, who plays for Tottenham Hotspur F.C. has a solid fanbase in his home country ––– but another Korean stole his limelight by being the breakout heartthrob of the games. 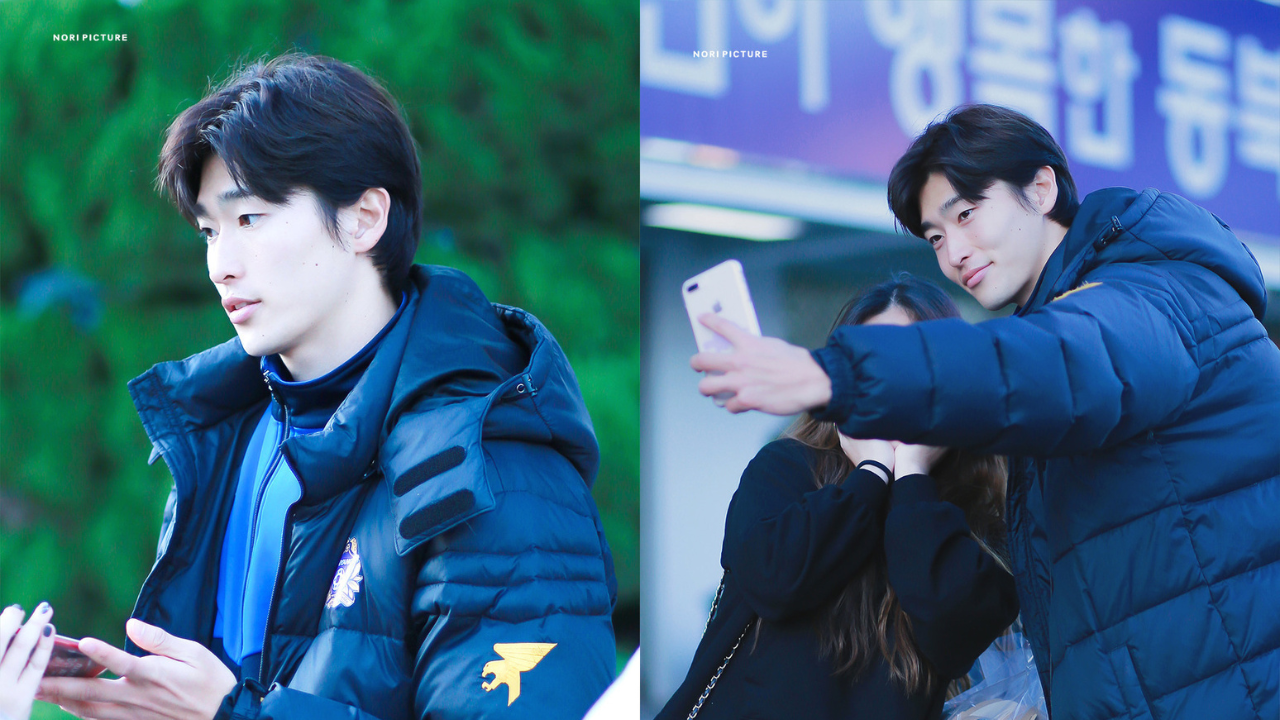 Despite only having a total of six posts on his Instagram page so far, Cho Gue Sung has amassed 2.5M followers so far, a huge jump from the 20k followers he had in a matter of days. He received attention from fans all over the world, some asking him to marry them on social media. According to The Athletic, he apparently even had to turn off his phone after receiving too many messages.

A TikTok user is such a huge fan of the player that she made a photo card of him, which are collectibles usually associated with K-pop idols.

It's not hard to see why he gained so much attention because the 24-year-old forward for Jeonbuk Hyundai Motors FC visuals are basically that of a real-life anime character.

He definitely looks great off the pitch and on it!

Although he looks great in his jerseys, we must admit that he looks especially great in black.

He has proven his talents on the football field as he was the first South Korean player ever to score two or more goals in a single World Cup match.

Sadly, fans of the player won’t be able to watch him at the games as South Korea has been knocked out of the World Cup following their defeat to Brazil.